Villager alleged that a large number of outsiders with DJs and drum parties gathered in the village before the procession.
FP News Service 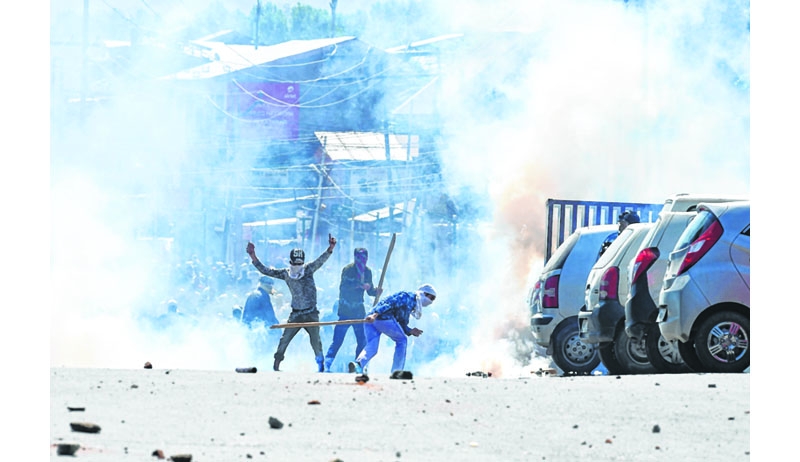 Rajpur (Madhya Pradesh): The situation in Rajpur village of Barwani district became tense after few miscreants took to throwing stones during a Eid Milad-un-Nabi procession, the birthday of Prophet Muhammad. Over a dozen people, including a minor, participants of the procession, 2 police personnel and a media person were injured in the incident.

Villager alleged that a large number of outsiders with DJs and drum parties gathered in the village before the procession. Villagers and the local officials alerted the senior officials alleging that the procession was organised without prior permission. The information was shared with the district headquarters at around noon and the incident took place 1.30 pm, said an official.

The procession kept the commuters Gujari Square, in front of Kalika Mata temple, ‘captive’ for over an hour, alleged a local.

Those who were participating in the procession kept dancing on songs for over an hour. The police personnel and the administrative officials witnessed the entire scene like mute spectators, alleged a local.

People who needed to access the medicine shops, hospitals, and private clinics faced a hard time. Administrative officials and police personnel’s somehow managed to diverted the procession to Barwani Road where stone pelting started in front of Temla Marg. There, 5 persons from a family including Babulal Chouha, his son Badal Chouhan, Samotibai, Kamal, and one five-year-old Ridhi were injured.

Four persons participating in the procession were sustained injuries in the stone-pelting.

After the incident, the procession concluded at Barwani road.

Locals alleged that every year the Eid procession is carried out with a public addressing system installed on the cart.

On information pertaining to the permission for the procession, SDM Veersingh Chouhan said that after the Home Minister’s statement, no one bothers to seek permission. No permission was sought for today's procession, he added.

After stone pelting incident, district collector Shivraj Singh Verma and superintendent of police Deepak Kumar Shukla rushed to Rajpur village and held discussion with both the parties including the presidents of Pinjara Muslim society. Officer also ordered that cases be registered on behalf of the police personnel and injured TI at the respective police stations against those who were involved in the stone pelting incident. BJP district president Om Soni, nagar panchayat president Pappu Kushwaha and members of saffron organisations were present.