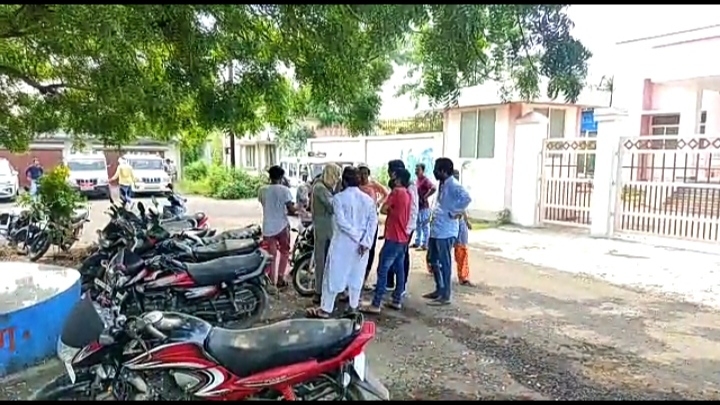 Barwani (Madhya Pradesh): A girl who belongs to a minority community and her father approached Barwani police demanding an FIR against a person with whom she has eloped recently.

The girl and father levelled serious allegations against one Bhupendra Verma. They alleged that Bhupendra eloped with the girl and the duo entered into a wed-lock at a temple. He said that now Bhupendra is pressuring her to change her faith.

The father-daughter duo alleged that Bhupendra and members of a right wing organisation harassed and tortured the girl. The complainants added that after the wedding the couple went to Anjad village and later stayed in Indore.

The girl informed the journalists that without seeking her consent, she was taken to a temple for wedding. She was tortured to convert her faith. The alleged accused continued to harass even after she returned to her family in Barwani. Fed up with the harassment, she and her family members decided to submit an application to superintendent of police demanding strict action against the alleged culprits.