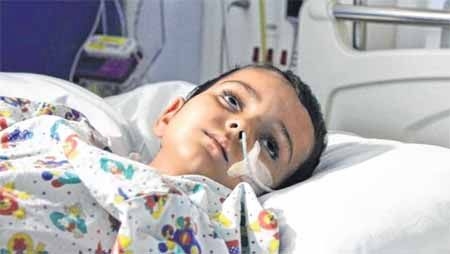 Indore (Madhya Pradesh): National Commission for Protection of Child Rights has sought the action taken report from the district collector and superintendent of police in a nine years old case related to the death of a boy due to overdose of anaesthesia in a city hospital.

The commission has sent three reminders to the collector and SP over the matter and also cautioned that they will have to appear before the commission with an explanation if they failed in responding to the letter.

The letter has been forwarded to Chief Medical and Health Officer to send details over the same.

Three-and-half-year-old boy Yuvan had died in May 2012 during eye surgery in the then Treasure Health Hospital, located in Treasure Island Mall.

The deceased's family had alleged that the boy died due to an an overdose of anaesthesia given by Dr Pravin Goyal and Dr Hemant Athavale during eye surgery.

A case was also registered in Chhoti Gwaltoli Police Station under section 174 of CrPC.

"It was a case of medical negligence and was registered with the police as well. We have sought a report from the police in the matter," CMHO Dr BS Saitya told media.

Health officials informed that the hospital was closed after the incident.