Like every year, the Police Commemoration Day will be observed on October 21 to pay homage to the martyred police personnel.
Staff Reporter 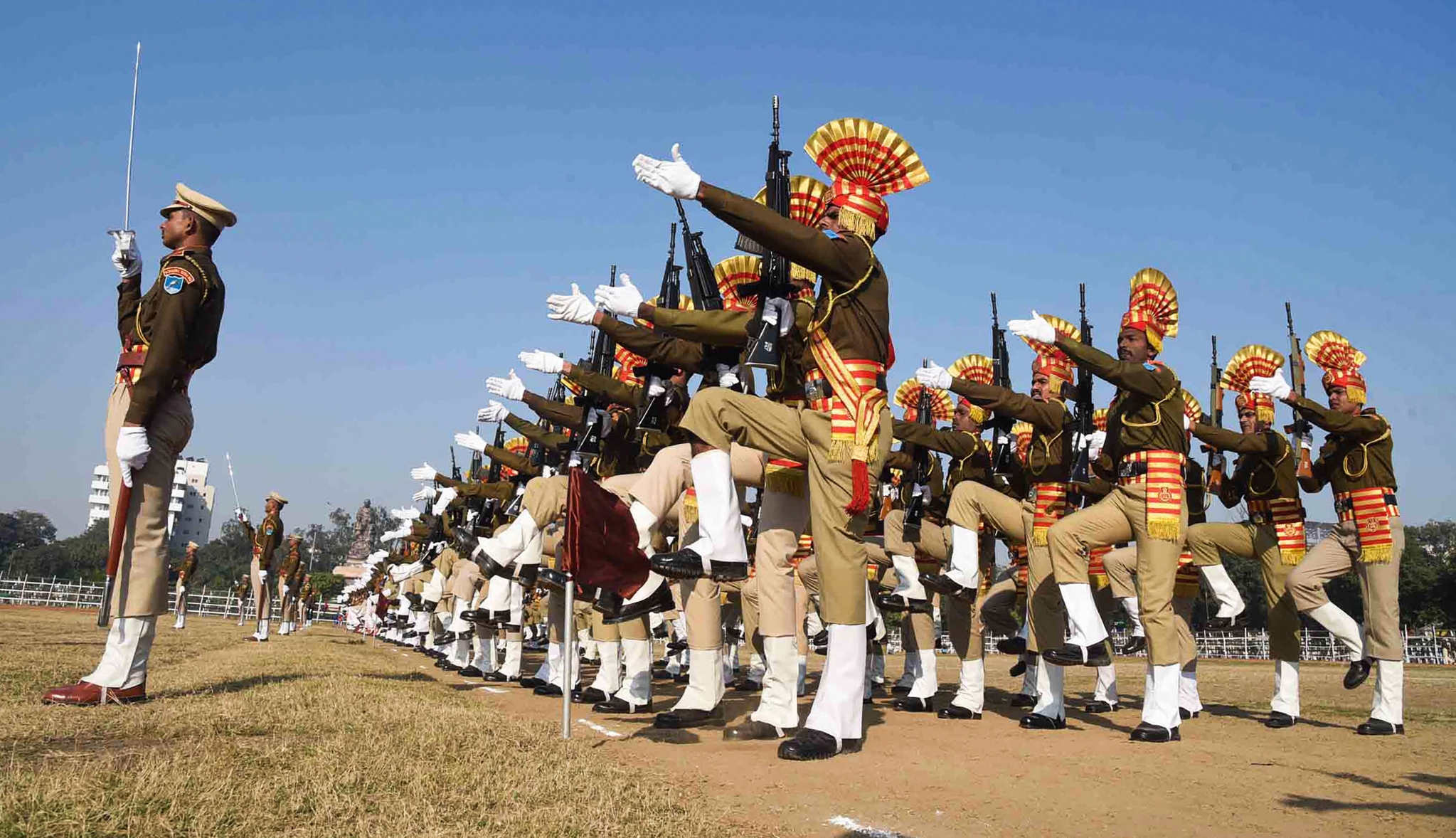 Bhopal (Madhya Pradesh): The Final full dress rehearsal of Police Memorial Day Parade will be held on October 19 at 8 am in Lal Parade Ground, Bhopal, said the police officials on Monday.

Like every year, the Police Commemoration Day will be observed on October 21 to pay homage to the martyred police personnel. A police parade will be held here at the Martyrs Memorial site in Lal Parade Ground at 8 am. Governor Mangubhai Patel will be the chief guest of the event.

All the police units across the state will observe the Police Commemoration Day on October 21.

In the year 1959, October 21, patrolling party of CRPF, led by sub inspector Karan Singh, was ambushed by the Chinese force at Hot Springs situated in Ladakh.

Ten jawans were killed in the ambush, the bravery and sacrifice of jawans fighting at 16,000 feet altitude, in extreme weather conditions and against all odds, became the example of the rarest of the rare courage. Indo – Tibetan Border Police sends a representative party of all police force, of the country to Hot Springs, Ladakh every year to pay homage to the martyrs who laid down their lives on October 21, while guarding national frontiers. Since then the National Police Commemoration Day is organised to remember the martyrs.