As soon as his bike stopped, they started beating him with sticks. Soon locals too joined them

Shajapur (Madhya Pradesh): A man was brutally assaulted by a group of local women and men over a long-running property dispute in Shajapur town on Saturday. Two people have been booked so far.

The victim identified as Narendra Vishwakarma of Shajapur, was on his way home on a bike when he was intercepted by a group of women equipped with sticks, and stones.

As soon as his bike stopped, they started beating him with sticks. Soon locals too joined them. The victim received severe injuries and was shifted to a local hospital for treatment.

On Saturday, when Aggarwal's advisor Narendra Vishwarkarma was heading towards his home, he was stopped by Shankar Halwai and his accomplices who were armed with sticks and sharp-edged stones and brutally thrashed him.

Police have also recovered CCTV footage of the entire scene. The victim was referred to Indore owing to serious condition on Monday. A case was registered against two people in this regard. Further investigations are on. 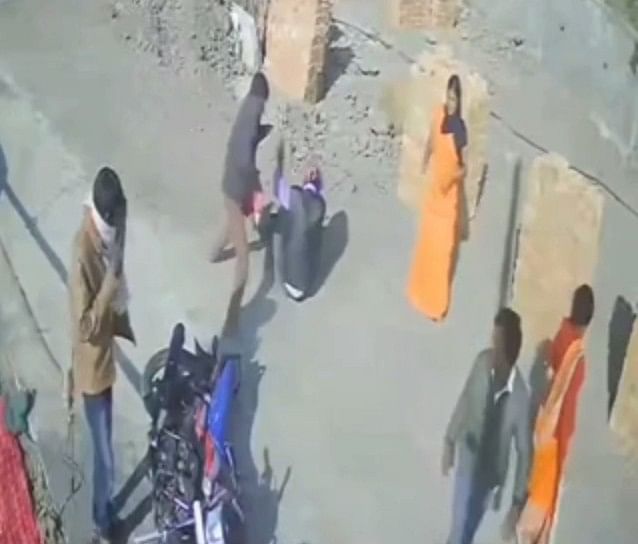