Several cages and four-night vision cameras were installed at six different places. To lure the leopard, a goat was kept in one cage and a chicken in the other.
Staff Reporter 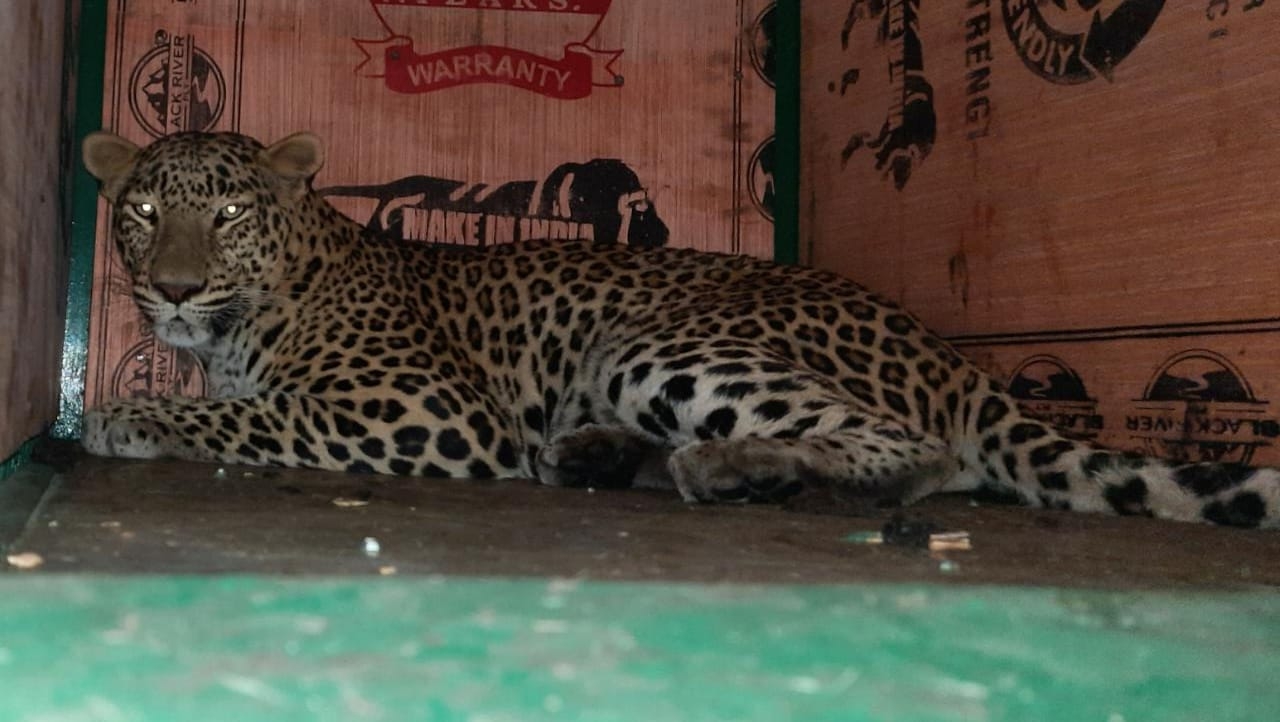 Indore (Madhya Pradesh): A rescue team of Ralamandal, Indore, and forest workers of Dhar rescued a leopard from village Kadda.

It underwent a thorough health check-up on Sunday. The report declared the leopard fit to live in the wild, after which it was released in the forest.

Notably, the leopard had attacked Varsha, a two-year-old girl in the village. The girl died two days later during treatment.

Several cages and four-night vision cameras were installed at six different places. To lure the leopard, a goat was kept in one cage and a chicken in the other.

The rescue team has kept the leopard in the Kamla Nehru Prani Sanghralaya, i.e. Indore city zoo for the time being. The leopard will be released into the wild after conducting a health check-up.

On October 12, a leopard attacked Varsha, a two-year-old girl. Later the girl died during treatment.

On receiving information, the team of Tanda range of forest division was keeping an eye on the forests of Bherughat adjoining village Kadda.
Meanwhile, the rescue team of Ralamandal, many forest workers including Rajaram Kalyane, Sher Singh Katara, Prakash Boke took over the charge of the mission.

The team was constantly monitoring the cages and looking for the leopard in the forest. Luckily, the leopard did not attack anyone again and stayed off village limits.
The leopard was imprisoned in the cage set up in room number 84 late on Saturday night. According to forest workers, cages and cameras were checked thrice daily.