The participants of all age groups showed extreme enthusiasm in running and they gathered at the starting point even before the sunrise when it was almost dark.
Staff Reporter 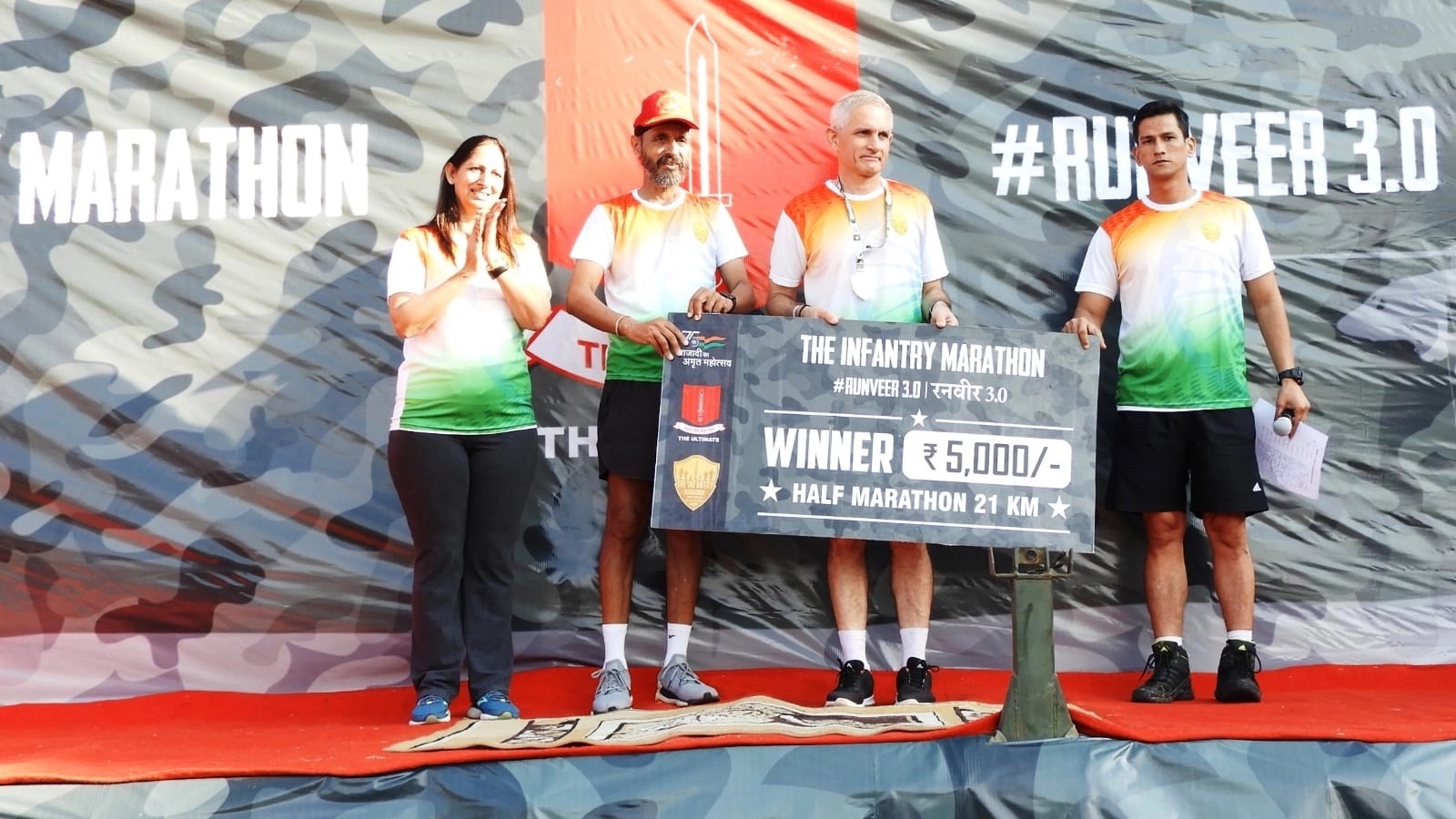 As part of the national theme "Azadi Ka Amrut Mohatsav", third Infantry Marathon RUNVEER 3.0 was conducted to commemorate 75 years of Independence. As many 2146 participants including army men, ladies and children of the army participated in various categories of the marathon.

The participants of all age groups showed extreme enthusiasm in running and they gathered at the starting point even before the sunrise when it was almost dark.

Organisers said that the aim of organising such events by the army is to inculcate the spirit of adventure amongst its soldiers and their families. Also, such events motivate them for keeping themselves physically fit and healthy in their lives.

The national championship scheduled to be held in Delhi in November.

Aniruddh Jadhav, 14, son of Col Sanjay Jadhav posted at Mhow along with nine other budding shooters have qualified for the championship. Aniruddh is the only shooter who has qualified both in youth and sub-youth categories.

Saroja Kumari has also qualified for the 25-Meter event in the senior category, which is played with .22 Pistol. Harshit Patidar of Mhow has qualified for all categories in the 10-meter Air Rifle event. Madhya Pradesh: Calf gets artificial limb, limps no more, more livestock to get it to walk free, say...