Armed with JCB machines, the removal gang reached the encroachment site near Baneshwari Kund around 10 am and pulled down the illegally constructed gaushala.
Staff Reporter

Indore (Madhya Pradesh): Indore Municipal Corporation (IMC) on Friday freed a government land encroached by a woman priest in Banganga area. She had developed a gaushala on it. IMC demolished the illegal structure and seized around 25 cows in it.

Armed with JCB machines, removal gang reached the encroachment site near Baneshwari Kund around 10 am and pulled down the illegally constructed gaushala.

Additional municipal commissioner Devendra Singh said that a woman priest Jyoti Vyas had grabbed the land and developed gaushala on it.

Singh said that complaints were received regarding illegal encroachment near Baneshwari Kund. On site visit, it was found that fencing on government land was done and a structure was also built on it.

Vyas called some activists of Hindu outfit but police returned them saying that the government land had been occupied and if anybody disrupts official action then a case against them will be filed.

Vyas was detained. IMC seized the cows and sent them to the government gaushala in Depalpur. 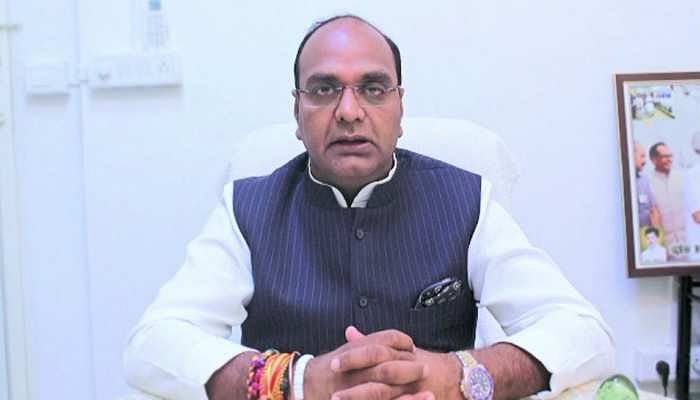