Madhya Pradesh: How many times can admin turn a blind eye and pretend that it just doesn't see?

Mandsaur (Madhya Pradesh): Amid the Omnicron scare the tall claims of the administration about the preparedness of the health department fell flat as the authorities in Mandsaur were forced to order a probe into the death of a girl child.

The girl child allegedly died due to non availability of a doctor at Indira Gandhi District Hospital here at Mandsaur on Sunday evening.

Her death comes just two days after a girl child died of snake bite in Khetia as her kin got delayed in transporting her to hospital due to work of road. Worse, at the hospital the kin learnt that there is no doctor to attend to the girl child. Eventually it was too late by the time the doctor turned up and all he could do was to declare the girl child dead.

Collector Gautam Singh served a show-cause notice on the doctor concerned. He has been asked to explain within 3 days as to why he was absent from his duty.

The victim of alleged irregularity at the hospital-- Vanshika Rathore, daughter of Kanhaiya Rathore-- was admitted to the emergency ward of the District Hospital after she complained of severe headache early on Sunday.

As her condition continued to deteriorate the non-availability of the doctors and other staff did not help her cause either. She succumbed on Sunday evening. Doctor Ghanshyam Patidar was not available at the premises during his duty hours. Not just this he also failed to respond to the frantic calls made by the staff.

The doctors here seem to have decided to go mum and have remained tight-lipped over the incident. Despite repeated requests they have failed to share their version over the alleged negligence and irregularities prevailing at the hospital.

Mandsaur MLA Yashpal Singh Sisodia took cognisance of the death of the girl child due to the alleged carelessness of the hospital staff.

Reports on negligence, rampant irregularities, lack of doctors and skilled staff is in the hospital surface in the traditional media and social media sites regularly but the administration has failed to check the mess which prevails in the health department. 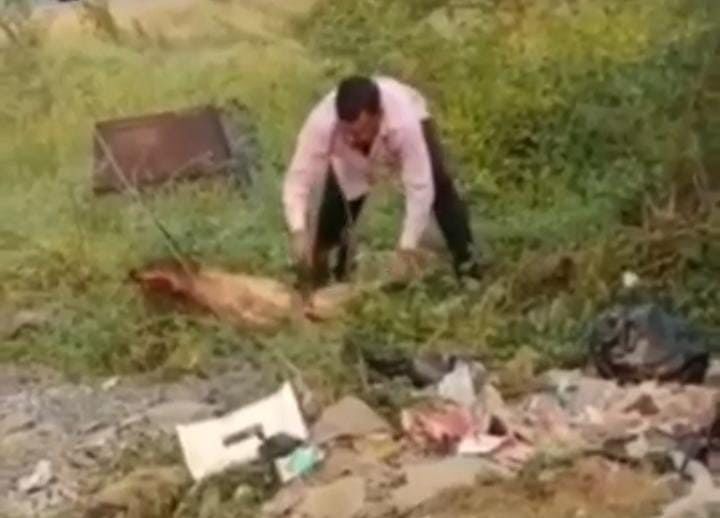