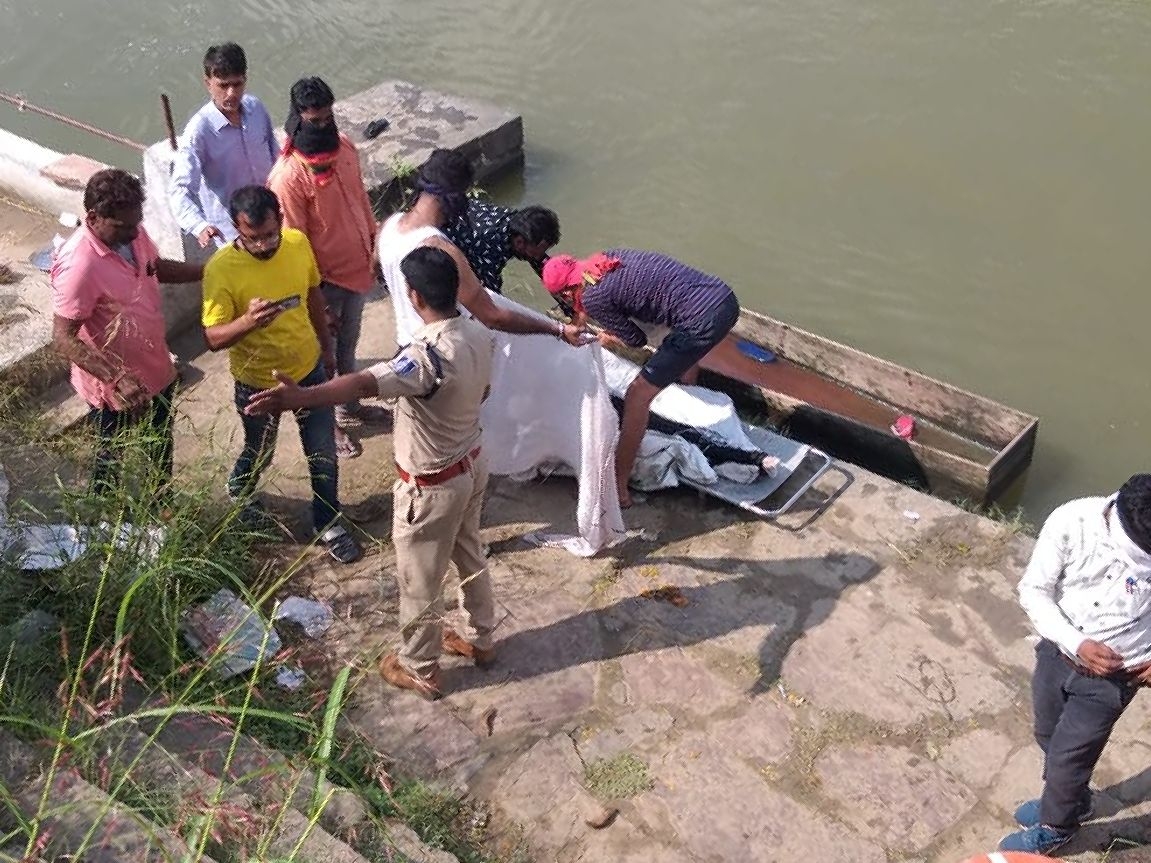 Alot (Madhya Pradesh): The bleak hope of Gopal Soni’s family members to see him alive was shattered after his body was recovered on Monday about 30-kilometre away from the site where the 38-year-old had swept away in a strong current of Kshipra river on Saturday. Some locals had alerted Alot police on spotting a floating body near Sipawar dam on Monday noon.

Police along with a team of divers and Soni’s family members had rushed to the spot. The divers fished out the body and after the post mortem it was handed over to the family.

On Saturday evening, Gopal along with his brother Komal and two kids had gone to Dashwa Ghat to witness the immersion of Goddess Durga idols. While bathing in the river, one of the kids slipped into the water. Gopal managed to save the child. However, while handing over the kid to his brother, Gopal lost his balance and a strong current took him into deep waters. Before being swept in the water current, the man had managed to save his child.

Komal immediately called for help and police personnel and administrative officials responded to the call. But by the time help could come, Gopal had disappeared from their sight.