The police emerged successful in apprehending two accused from Tekanpur, while the third accused was nabbed from Dabra and the fourth from Jhansi

Gwalior (Madhya Pradesh): Dabra police of Gwalior have arrested four persons for robbing a grain merchant of Rs 35 lakh, the police said on Wednesday. The daylight robbery took place a week ago. Planning the robbery, the accused had conducted recce for seven days.

Additional director general of police (ADGP), Gwalior, Srinivas Verma said the robbers had targeted the grain merchant Sevakram and as per plan, robbed him of Rs 35 lakh. The incident was caught on CCTV camera. Police teams were constituted to nab the culprits.

The police emerged successful in apprehending two accused from Tekanpur, while the third accused was nabbed from Dabra and the fourth from Jhansi. The accused confessed to have concocted the loot plan in the jail and criminals from Gwalior were engaged to execute the task.

One of the accused, who works as an accountant for another businessman in Dabra, used to pass information to others regarding Sevakram’s movements. The accused had come to know that the grain merchant was about to withdraw Rs 1 crore from the bank. However, the merchant withdrew only Rs 35 lakh. The bank had given merchant cash in denomination of Rs 100 and so his bag appeared to be completely stuffed with cash. The accused thought that the bag had Rs 1 crore in cash. To commit the crime, the accused had stolen a bike from the BSF colony and robbed the merchant the very next day, the police said. 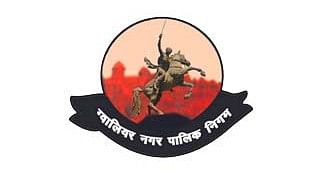