The accused identified as Mohammed Saleem, 49 and Azhar, 30 are residents of Gujrat.

Khargone (Madhya Pradesh): The police have arrested persons and recovered fake currency notes with fake value worth Rs 24 lakh from their possession, a police official said.

The accused identified as Mohammed Saleem, 49 and Azhar, 30 are residents of Gujrat.

The police said that a colour printer, a cutter machine, papers, a dye and a car had been recovered from accused.

Superintendent of Police (SP), Khargone, Siddharth Choudhary said that police had an input that two persons were heading towards Indore with fake currency notes.

“Police stopped a car while checking Kasravad and recovered the fake currency notes. They are being interrogated to get more details,” Choudhary said.

Police sources said that the accused were involved in pumping in fake currency notes in Madhya Pradesh, Gujrat and Rajasthan for the past several months. 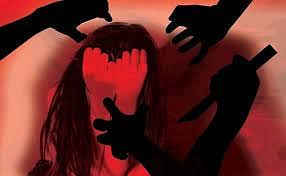