ALOT (RATLAM): A 70-year-woman who was administered a Covid-19 vaccine on Wednesday afternoon died on Thursday.

Her family members created ruckus at the hospital alleging that corona vaccine is the reason behind her death.

Her family members informed that the condition of the woman started to deteriorate after she was administered corona vaccine on Wednesday. On Thursday her family members took her to the Community Health Center, where doctors declared her dead after check-up.

The doctors allege that she was adviced a corona test as she had symptoms. But her kin alleged that doctors are lying to cover-up actual reason behind her death.

The family alleged that the woman died due to corona vaccine. 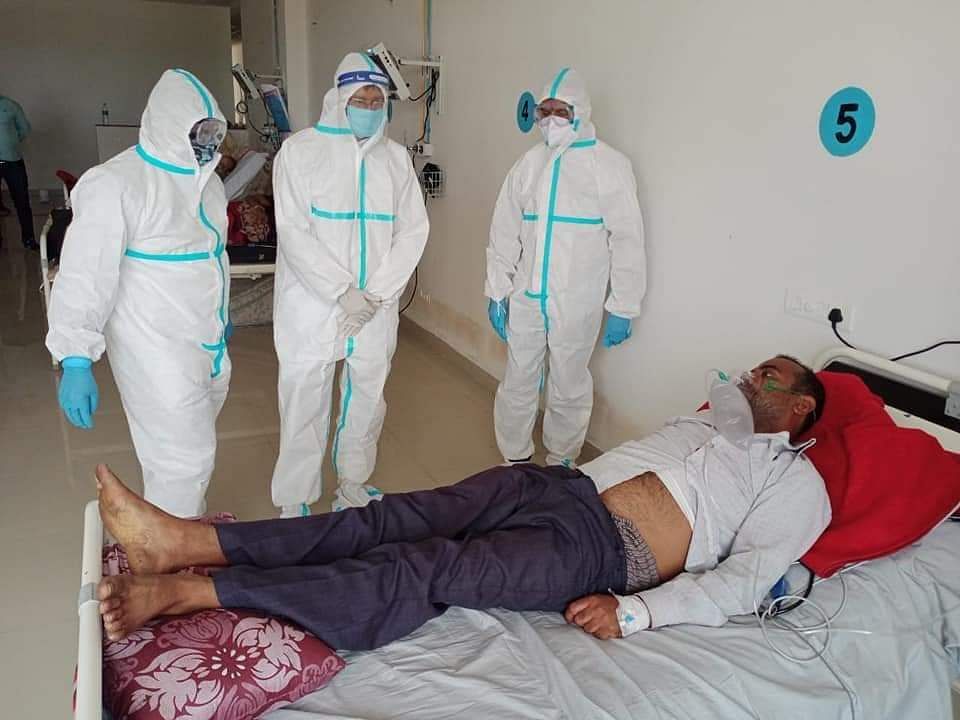 After being informed the administration swung into the action and officials rushed to the woman’s place and attempted convince her family members to follow the corona norms for conducting her last rites. However, her kin refused to heed to the advice of the officials.

The officials told her kin that they will accompany them for cremation and brought the situation under control.

Administration and the family cremated the body of the woman on the banks of the Chambal.

Doctor RK Pal alleged that the woman was unconscious when she was brought to the Community Health Center for a check-up. She died before reaching the hospital, he added.

Dr Pal rubbished her kins claims that she was died after getting corona vaccine.

Dr Pal added that her corona report was positive, and she was cremated following all Covid-19 protocols.

A 54-year-old man from Alot also succumbed to Covid-19 on Thursday. He was admitted to Ratlam Medical College.