The RSS asked him to work in Madhya Bharat region, in Narmadapuram and Bhopal and he crafted each and every worker with great enthusiasm

Ujjain (Madhya Pradesh): Rashtriya Swayamsevak Sangh (RSS)’s senior pracharak (campaigner) Gopal Yevatikar passed away at the Aradhana Bhavan office here on Wednesday morning. Giving this information, Mahanagar Prachar Pramukh Dharmendra Singh Parihar said that Yevatikar was unwell for some time. Tributes were paid by Chief Minister Shivraj Singh Chouhan. His last journey left for Chakratirth Ghat from Sangh office. A condolence meeting was held at Chakratirth Muktidham under the chairmanship of Kshetra Sanghchalak Ashok Sohoney. Yevatikar was born in Indore on October 4, 1937 and in 1961 became a campaigner of the Sangh.

The RSS asked him to work in Madhya Bharat region, in Narmadapuram and Bhopal and he crafted each and every worker with great enthusiasm. Yevatikar was like a member of many families. Such was his intimacy that not only the volunteers but also their families used to address him as grandfather or elder brother.

After working in Madhya Bharat province, Yevatikar was sent to Punjab when terrorism was at its peak there. He went there and started working for the organisation with full dedication. In an unfavourable environment, he began intensive visits throughout Punjab and organised people for national work. He worked in Punjab for a decade.

Later, after coming back to Madhya Bharat province, he worked for Rashtriya Sikh Sangat. He worked continuously for the expansion of Vishwa Hindu Parishad (VHP). At the time of emergency, when those who did national work were being put in jail by the then government and atrocities were being committed, Yevatikar worked underground. In the last years of his life, he deeply studied literature, philosophy and teachings of Samarth Ramdas.

At Chakratirth Muktidham, where Veer Durgadas Rathore, who was renowned for his sacrifice for the nation, was cremated, Yevatikar merged with the Panchatatva at the same Muktidham on Wednesday afternoon. Shripad Joshi conducted the condolence meeting. 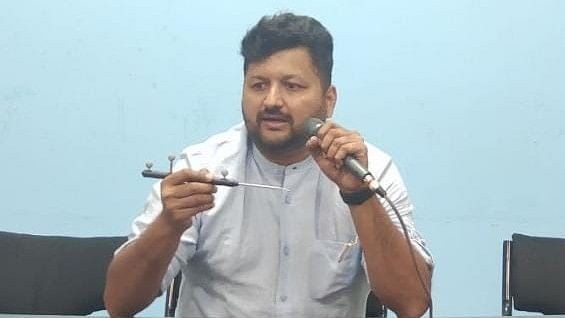