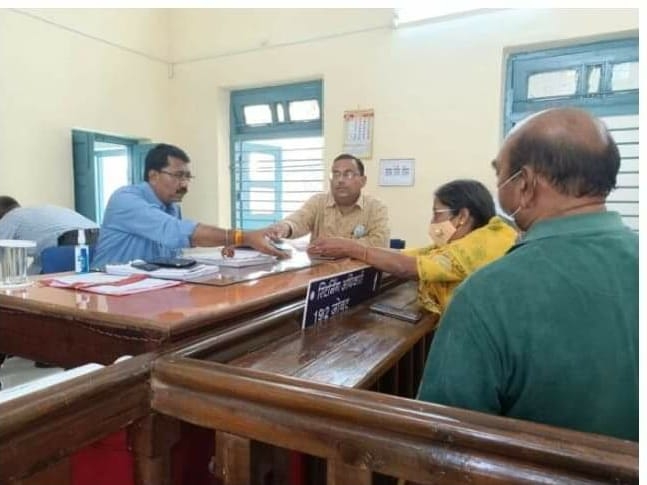 Jobat (Madhya Pradesh): Just ahead of the deadline withdrawal of nominations, the Woman Congress state general secretary Sobhana Onkar withdrew her nomination and extended her support to the Congress candidate Mahesh Patel.

Two Congress rebels, including Deepak Bhuria and Onkar, had filed nominations. They have withdrawn their candidature and now all eyes are set on Congress Vs BJP contest in Jobat bypoll, said an expert.

The Jobat Assembly constituency is reserved for Scheduled Tribe candidate. The bypoll was necessitated following the death of sitting Congress legislator Kalawati Bhuria due to Covid-19 infection.

Rawat, has represented the Assembly constituency in 1998 and 2008. Jobat returning officer Jagdish Mehra said that the symbols have been allotted to the candidates in fray.

Withdrawal of Onkar’s candidature has brought another major relief for Congress candidate Patel on a second consecutive day after Deepak Bhuria withdrew his nominations on Tuesday, alleged sources. The rebels cowed down after senior Congress leader intervened the matter and convinced them to step down.

Sources claim BJP is also facing dissent and leaders are upset with Rawat’s candidature. But the situation did not led to any of the party’s rebel daring to file a nomination against BJP’s candidate.

Though six candidates left in the fray, the experts are predicting straight contest between Congress and BJP. The campaign is expected to gain momentum after Dussehra, added an expert.

Kin of the candidates have taken over the charge of the campaigning for the Jobat Assembly bypoll. Sena Patel, ex-municipal council president is at the helms of the campaign for her husband Congress candidate Mahesh Patel. His arch rival BJP’s candidate Sulochana Rawat’s son Vishal Rawat is taking care of campaigning for her. They have undertaken intensive campaigning and are reaching out to the people in the area. Patel is getting support of his younger brother and Alirajpur MLA Mukesh Patel. While ex-MLAs Nagarsingh Chauhan, Madhosingh Davar, Bhadu Pachaya are conducting election meetings in their respective areas to secure support for Rawat.