“The Centre is taking the matter of atrocities against Dalits seriously. Ambedkar’s dream was to have unity among all—be it any caste—Dalit, Kshatriya, Adivasi, Christian or Sikh,” Athawale said. The incident of killing and burying five people in Dewas district was extremely disappointing, he added.
Staff Reporter 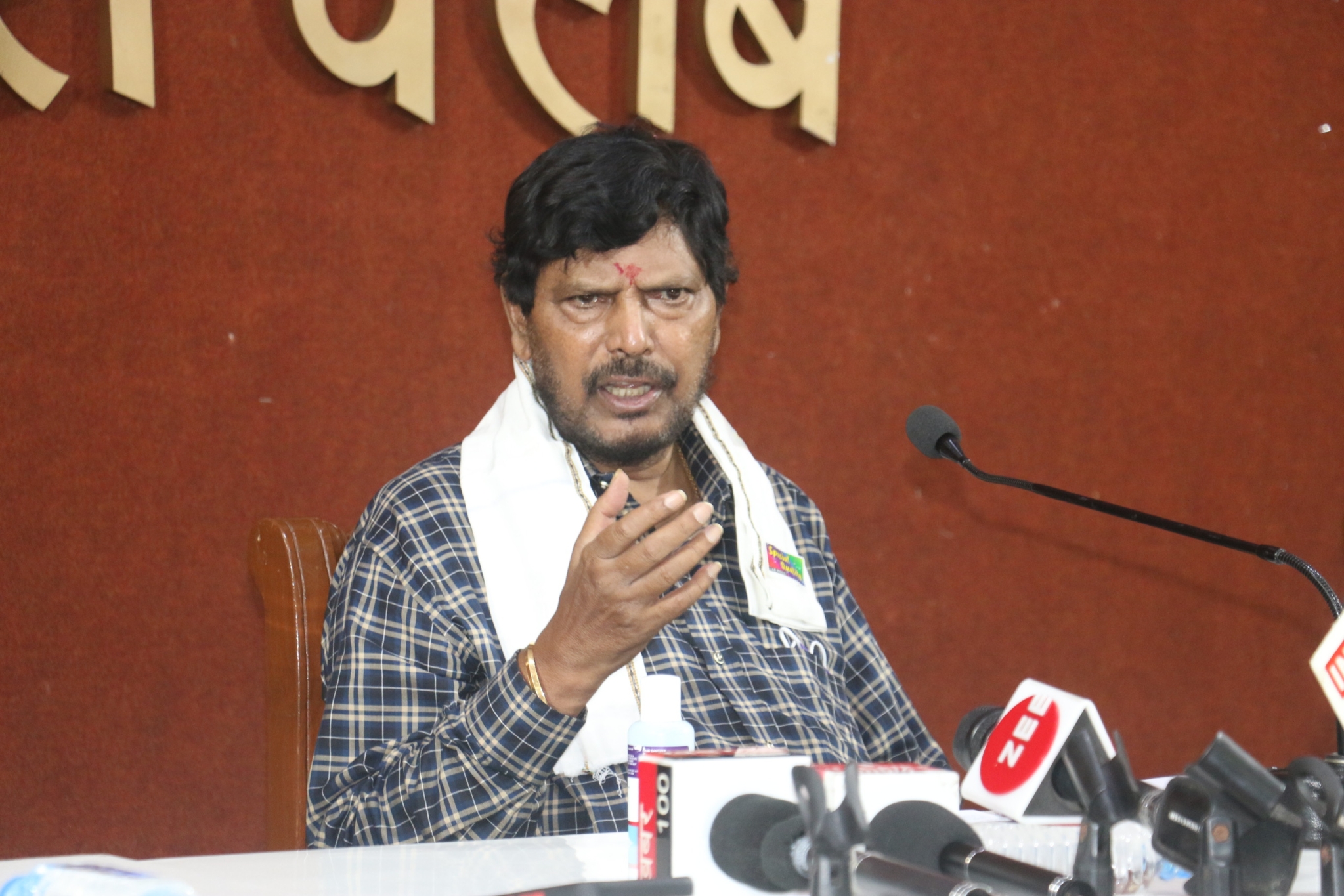 Indore (Madhya Pradesh): Union minister Ramdas Athawale will write to the chief minister in the matter of atrocities against Dalits and also demand that an Ambedkar Bhawan be built in Indore for tourists soon. He said this while addressing a press conference at the Press Club on Saturday.

“The Centre is taking the matter of atrocities against Dalits seriously. Ambedkar’s dream was to have unity among all—be it any caste—Dalit, Kshatriya, Adivasi, Christian or Sikh,” Athawale said. The incident of killing and burying five people in Dewas district was extremely disappointing, he added.

“MP is a state much loved in the country and, if Dalits are being persecuted here, I’ll write to Chief Minister Shivraj Singh Chouhan and apprise him of the matter,” Athawale said. He added that building an Ambedkar Bhawan in Indore was essential, as it is close to Mhow—the birthplace of Dr Babasaheb Ambedkar.

Discussing reservations, he said, “In the 22 per cent reservation of OBCs, separate reservation should be given for the Gumanto community.”

‘After he left the chief minister’s post, I spoke to Captain Amarinder Singh and said that, despite being in Congress for years, the party is continuously insulting you,’ Athawale said. He said he had offered Singh to join the BJP. ‘As of now, he hasn’t given any reply but, if he does join, our party in Punjab will emerge stronger,’ Athawale said

On the farmers’ movement, Athawale said that, in a democratic country, every person can express his opinion. ‘The farmers are also doing the same through their movement. There’s nothing wrong with that. But the farmers are adamant that the farm laws should be withdrawn, which is absolutely wrong,’ Athawale said. He added that the PM also wanted to talk to the farmers and welcomed their suggestions for amendments to the law

Athawale also gave his views regarding the politics of Maharashtra. He said that the synergy between the Shiv Sena and the NCP had started deteriorating in Maharashtra, because Chief Minister Uddhav Thackeray is not giving respect to NCP chief Sharad Pawar.

‘Pawar should have been made the chief minister, but the Congress never did that and always put him down,’ Athawale said.

‘In Maharashtra, such a situation has started building up that the NCP may withdraw its support. Only the BJP can form the government. If Shiv Sena joins back in the party, we welcome them,’ Athawale said.

Centre to bring down cylinder price

Regarding the issue of inflation, Athawale said, ‘We’ve seen how inflation is affecting everyone, especially villagers.’ He cited how people were not even buying gas cylinders in villages and, instead, using wood as fuel.

‘Prime Minister Narendra Modi is considering bringing down the price of gas cylinders, but the state governments, too, should consider cutting down on taxes to bring down the prices,’ he said.

No to caste-based Census

Athawale opposed the issue of census disclosing caste and said that it would spread casteism. ‘It’s possible that, if a caste census is done, and if there are 1,000 people in the village, 800 will vote on the basis of caste, which is wrong,’ Athawale said. 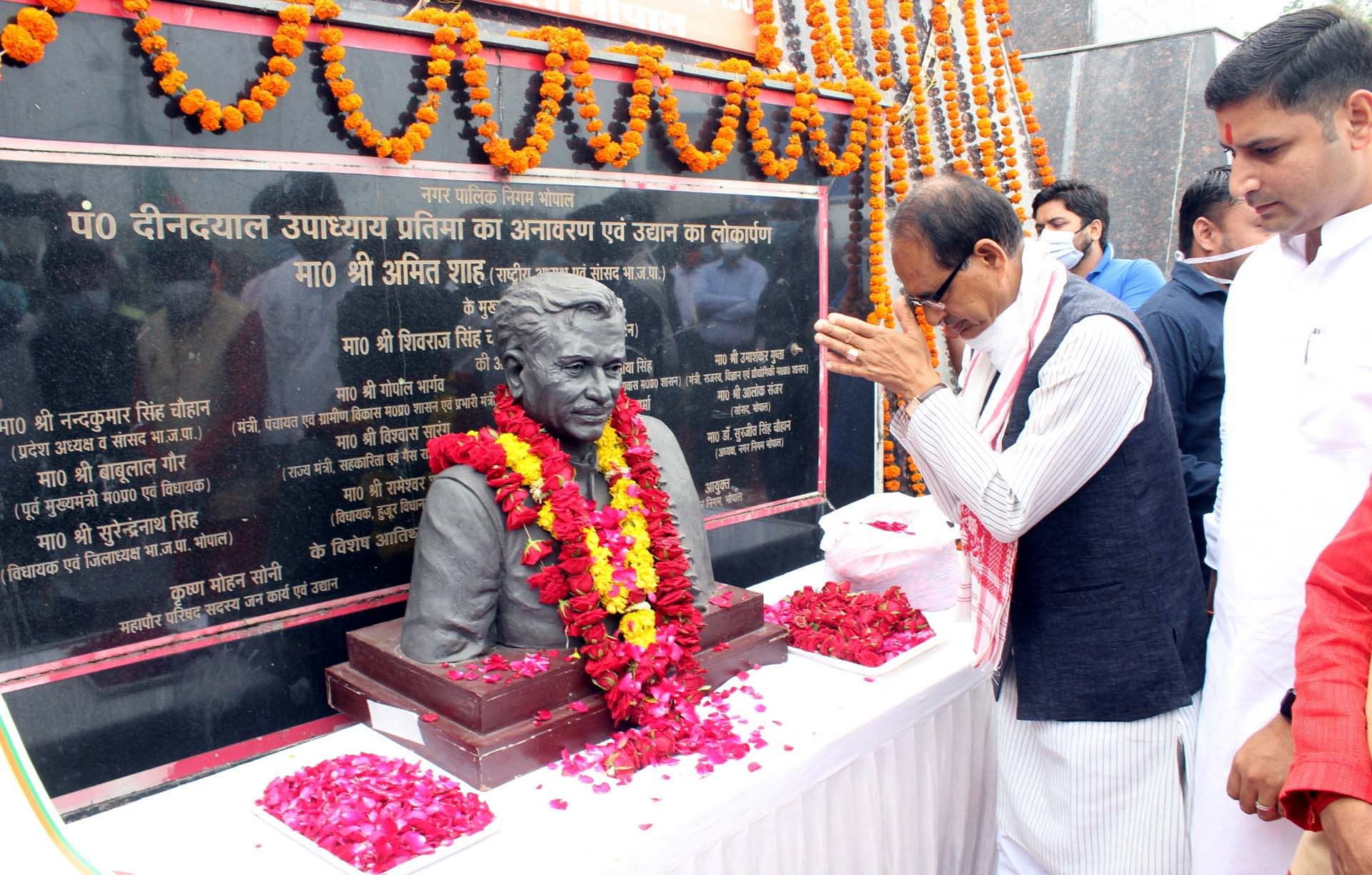