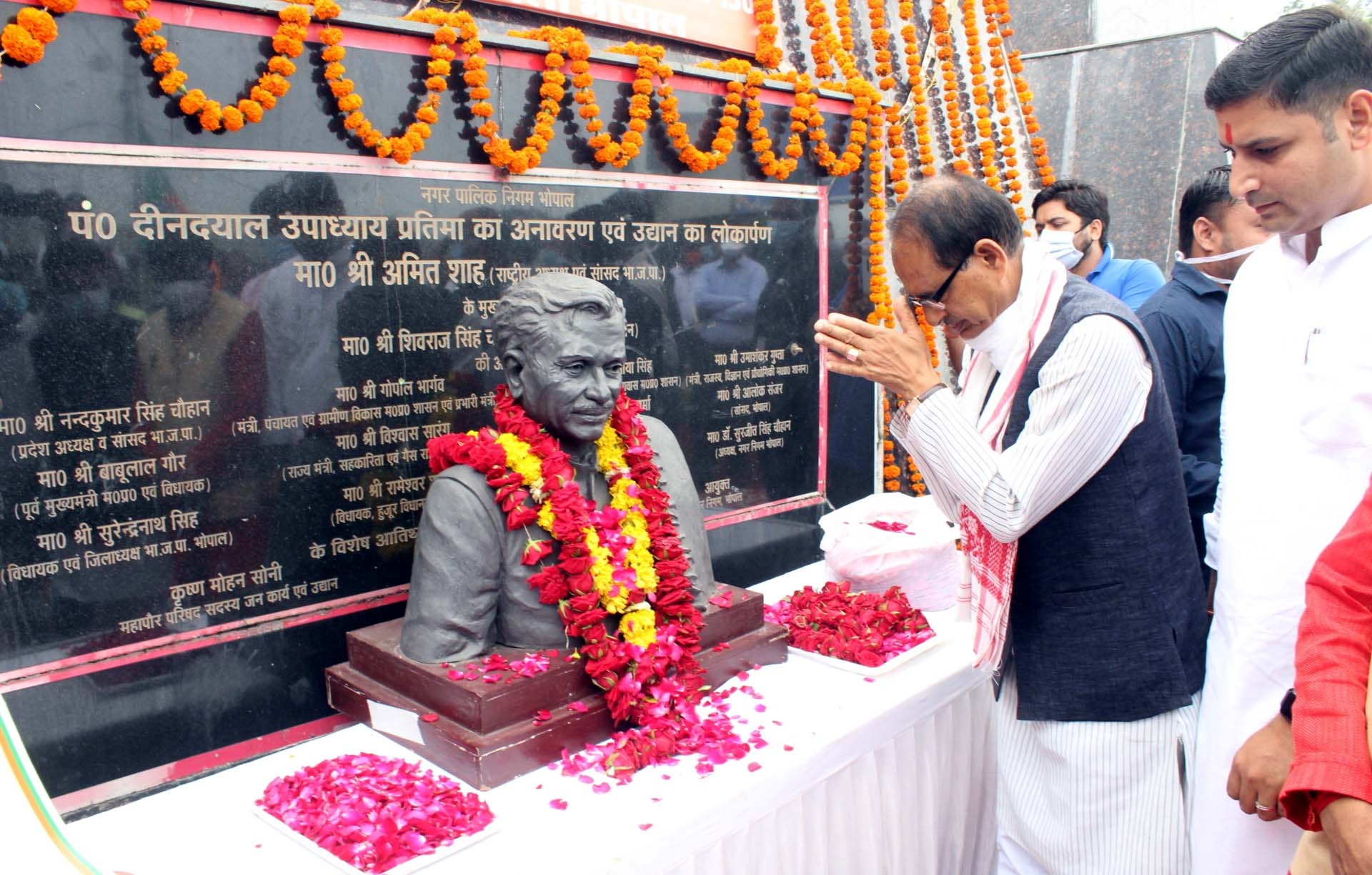 Bhopal: Chief minister Shivraj Singh Chouhan on Saturday announced Mukhyamantri Bhu-adhikar patta (land right lease) scheme for homeless in the state. "Now every landless and homeless person will be given land patta for housing. Mukhyamantri Bhu-Adhikar Yojana is being implemented in the state from today to give land pattas to poor of every category', said the CM while addressing a gathering during a Jandarshan programme at Raigaon constituency.

Raigaon constituency is expected to see a by-poll in coming months as its MLA Jugal Kishroe Bagri of the BJP passed away in the 2nd week of May, this year. The CM's announcement on land lease right for the homeless came on the birth anniversary of Pt Deendayal Upadhyaya, on Saturday even as the ruling party held a number of programmes to mark the day.

Elaborating the scheme in his speech, the CM said: "In the first phase of this scheme, the poor will be identified through a survey. After this, they will be given residential plots on the available government land. If the government land is not available, private land will also be purchased and given to the poor. In this scheme, Satna district will be made a model."

NO QUARRY PROJECT IN AGRI LAND

The CM said a rumour was being spread about Raigaon area that a limestone quarry was to come up in the entire area. "All farmers should remain fully assured that limestone mining will not be allowed in the land where cultivation is done", said the CM. The CM approved Rs 1.15 crore for opening a college in Raigaon from this session and construction of tehsil building, opening of a CM Rise school, upgrading of the PHC into a CHC and a govt hospital at Rampur Baghelan into a civil hospital. He also announced construction of a rural sports stadium at Raigaon, construction of electric sub-station at Mudaha, restoration of Masaan Baba and Bhurajna Devi temples, construction of a temple of Sant Ravidas in Srinagar village, construction of 2 roads and 2 stop dams. Earlier, after reaching the public meeting, the CM first paid tributes to Pt Deendayal Upadhyay on his birth anniversary and performed a kanya pujan.