Mhow (Madhya Pradesh): A letter written to PM Modi has finally brought home the death certificate of an Indian man who died almost 9 years ago in Saudi Arabia. The man, Israel, was a resident of Dr Ambedkar Nagar (Mhow) and had gone to Saudi Arabia for work. Israel’s death certificate reached India from the Embassy of India, Riyadh after Ankit Bagri wrote a letter to PM Narendra Modi.

Israel, son of Abraham, had gone to Saudi Arabia in 2013 in search of work to support the poor financial condition of his family. After working there for 3 months, he died in an accident on November 19, 2013. Israel’s relatives received the information about his death from another Mhow resident working in Saudi. However, due to a financial crunch, the family was unable to bring Israel’s body back to India.

Keeping the family’s financial condition in mind, Shabana Bi, Israel’s wife and a mother of three agreed to perform his rites in Saudi Arabia itself. For 6 years, the family waited for Israel’s death certificate to arrive through the post but did not receive it. In the absence of a death certificate, Israel’s family was also unable to avail the benefits from government schemes like the Widow Pension Scheme.

Finally, this year, Mukhitiar met Mhow resident Ankit Bagri and shared his family’s problems. Bagri decided to help the family and wrote a letter addressing PM Modi. In reply, the PM’s office sent the email ID of the Indian Embassy in Riyadh, Saudi Arabia. Ankit said that using the email ID, they contacted the Embassy and the certificate reached Mhow. 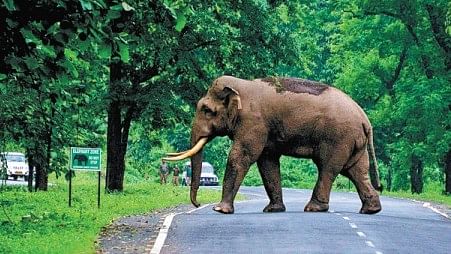