After their home is razed, kin of liquor smuggler accuse officials of acting at the behest of liquor contractor
FP News Service 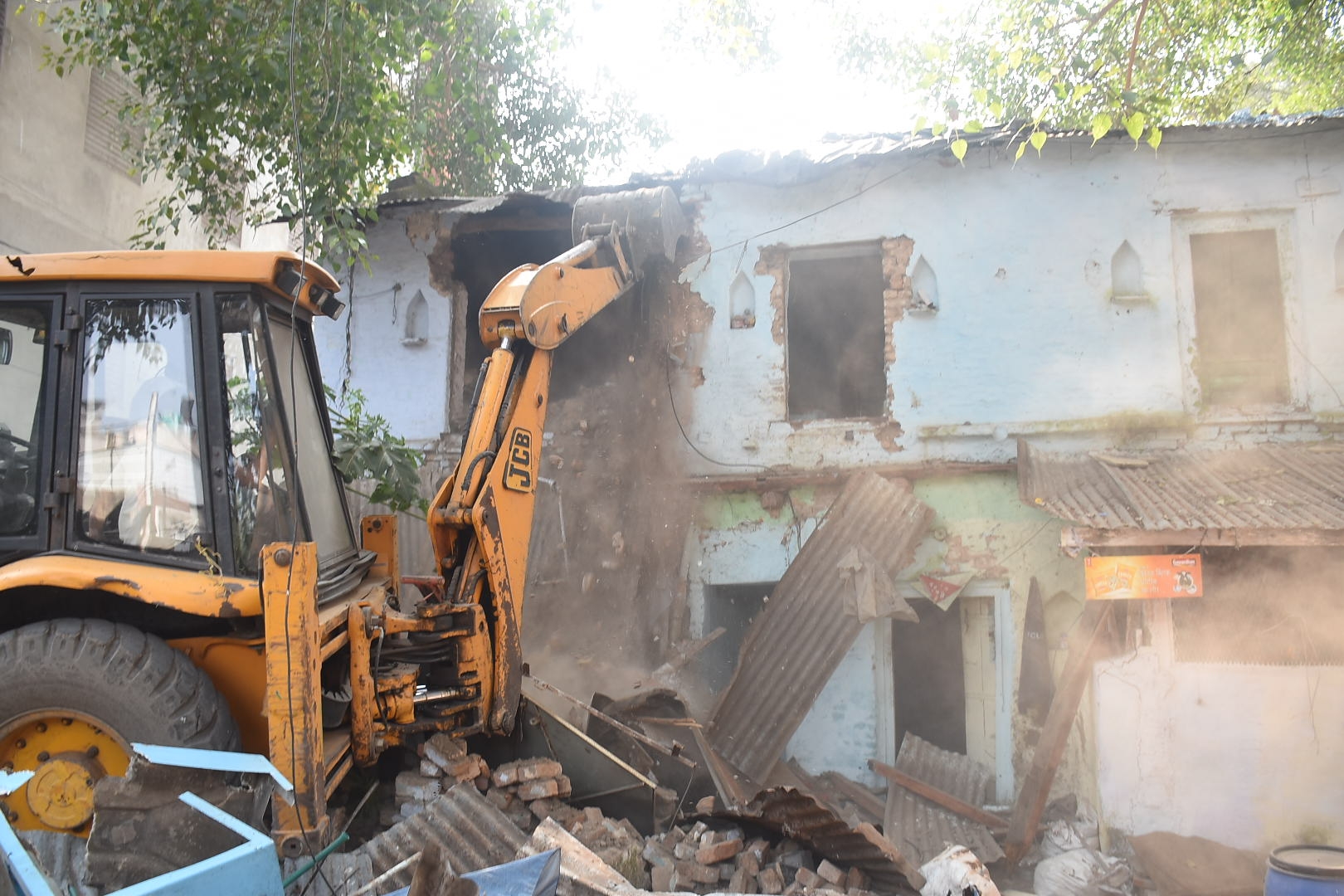 JCB razes home of a goon in Ujjain on Tuesday. FP PHOTO |

Ujjain (Madhya Pradesh): The campaign led by Municipal Corporation to demolish the houses of miscreants landed into a controversy when the civic body and police demolished the home of a notorious liquor smuggler Manna Yadav in Sardarpura on Tuesday. His kin Arpita Yadav accused the police and civic body of demolishing their homes at the behest of liquor contractors. She alleged that the civic body neither served them a prior notice nor were they given time to shift from their abode.

She approached the superintendent of police and alleged that the civic body reached to demolish their house with the aides of a liquor contractor Ghotu. She alleged that no such action is being taken against Shyamu, Chandan and Preeti hotels where sale of illicit liquor is rampant.

The house was demolished within four hours with JCB and the family was accommodated in renbasera at Dewas Gate.

Additional superintendent of police Amrendra Singh said that the home of a liquor smuggler has been demolished at Sardarpura and the homeowner has levelled allegations against the liqur contractor. An enquiry is underway in the he matter, he added.