HomeIndoreMadhya Pradesh: 170 families lose battle to save their abodes

The demolition drive started at 4 pm with the help of JCB machines which continued till late evening. The beginning was made from houses in front of the Nursing College. During this, ADM Santosh Tagore, SDMs Kalyani Pandey and Sanjeev Sahu and CSP Vinod Kumar Meena were present on the spot supervising the demolition.

Meanwhile, till Saturday evening, the place for giving houses to the residents of the Chawl could not be decided. For the need for a roof in the middle of harsh winter, some raised money on interest, while some others took out a loan by pledging jewellery. Although the administration talked about shifting the residents to the Pradhan Mantri Awas Yojana buildings at Hamukhedi, none of the residents had received the keys to the flats till the filing of this report. Resident Reena Sharma said that nothing has been decided about the houses yet.

The people who were sobbing while vacating the houses were angry at the attitude of the BJP MLA, MP and higher education minister as none of the BJP leaders had turned up to help them in their hour of crisis. Some of these leaders went to Jaipur, a few to Gujarat and others to Delhi. Some slipped away citing a cabinet meeting. The people living in the chawl are financially very weak. The condition of some of them is such that they do not even have the money to pay the rent. In such a situation, what will they eat and pay the rent? One such person Ajay Yadav expressed his pain and was seen cursing the leaders. The residents of the Chawl, who had threatened agitation till a day ago, collected their belongings even before the administrative staff arrived here on Saturday. Some carried their belongings in carts and some took the help of loading vehicles. While vacating the houses, there was deep despair on the faces of the residents and many had tears in their eyes.

Some of them even voluntarily started demolishing their houses in the morning.

The work of vacating the houses went on smoothly till noon. However, as a precaution, the administrative staff remained present on the spot. Binod Mills has 92 bighas of land that have been auctioned on the orders of the High Court. The plot of Binod Mill situated in 6 bighas is being vacated. More than 170 families have lived in the Binod Mills Ki Chawl for four generations. They were continuously agitating and demonstrating at the MLA-MP and RSS offices.

Meanwhile, panic was created during the demolition exercise as one of the affected residents tried to immolate himself. This incident took place at about 7 pm when one Sanju Singh poured kerosene on his body and tried to commit suicide. However, with the timely intervention of people present there he was saved. He was rushed to the Civil Hospital where his condition was reported to be out of danger. 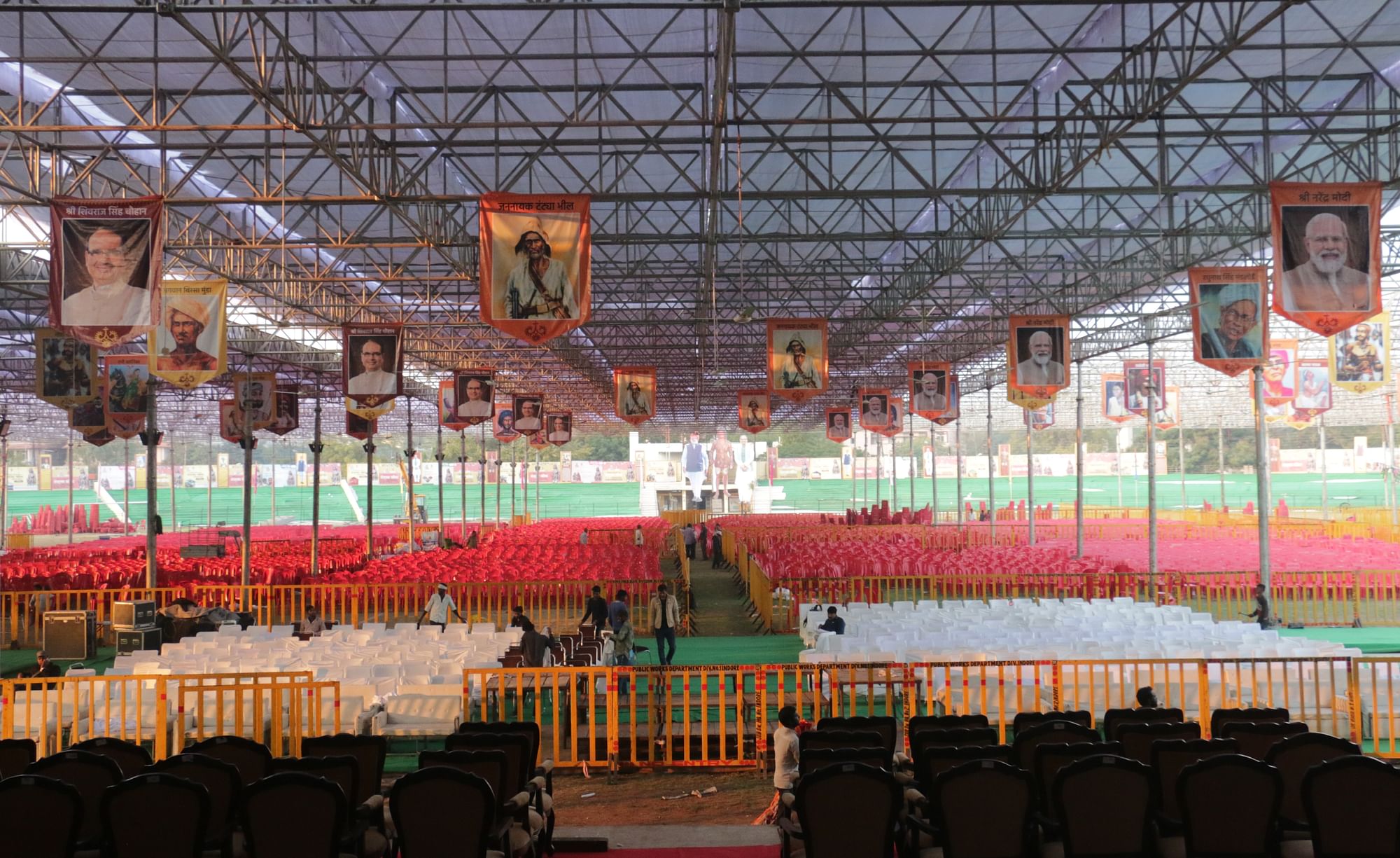