Mandal members told CM that there are about 39 undeveloped and 70 illegal colonies in the town limits and thousands of locals reside there sans basic facilities.
FP News Service 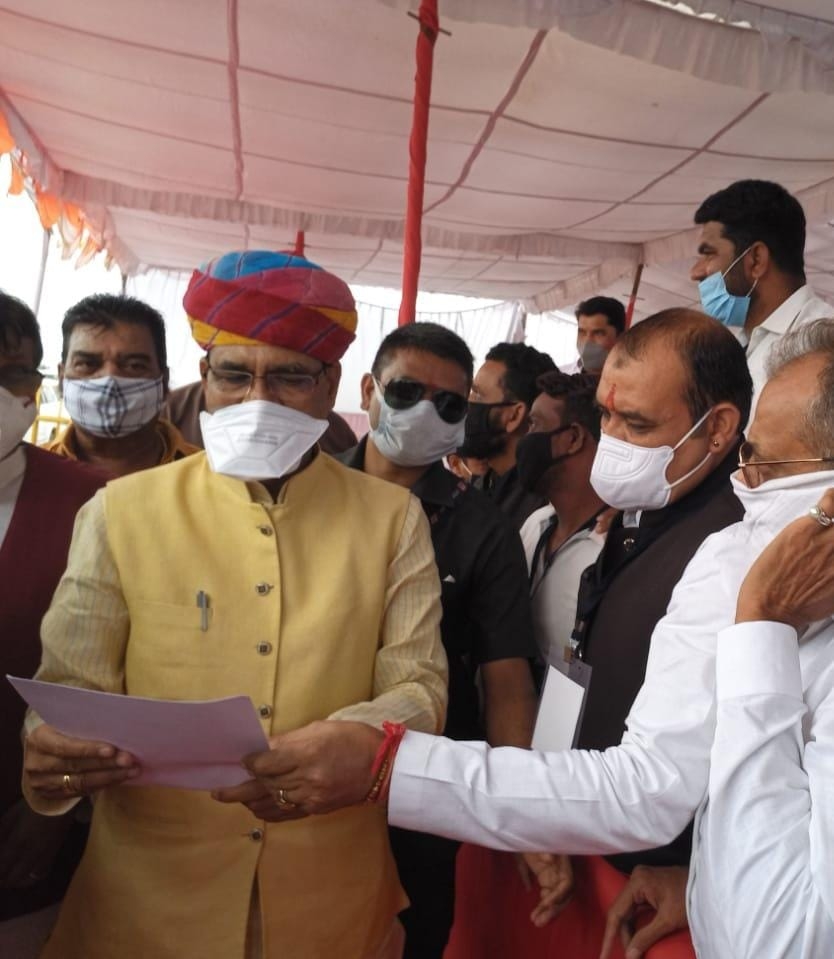 Jaora (Madhya Pradesh): BJP Nagar Mandal raised issue of regularising illegal and under-developed colonies before the chief minister during his visit to Ratlam on Thursday.

Mandal members told CM that there are about 39 undeveloped and 70 illegal colonies in the town limits and thousands of locals reside there sans basic facilities. They are hassled due to lack of drinking water, roads and drains among other problems.

The residents in these colonies also have to bad smell emanating from water accumulating in vacant plots. Dengue is also rampant due to mosquitoes infestation.

In his letter he stated that cases of Covid-19 are not being reported in the town so celebrations of festivals should be allowed without restrcitions.

The portion of road from Khachrod Naka to Ujjain has been badly damaged in front of Swamiji's hut. The road is single lane and commuters are hassled. From Khachrod Naka to Swamiji's hut, the work of widening the road with cement concrete has been done by the municipality. But the road from Sejawata to Ujjain bypass in front of Swamiji's hut comes under the Public Works Department. Soni requested the CM to take appropriate action to do take up widening of that road.

Madhya Pradesh: Whatever I am at today it is because of you: Gehlot