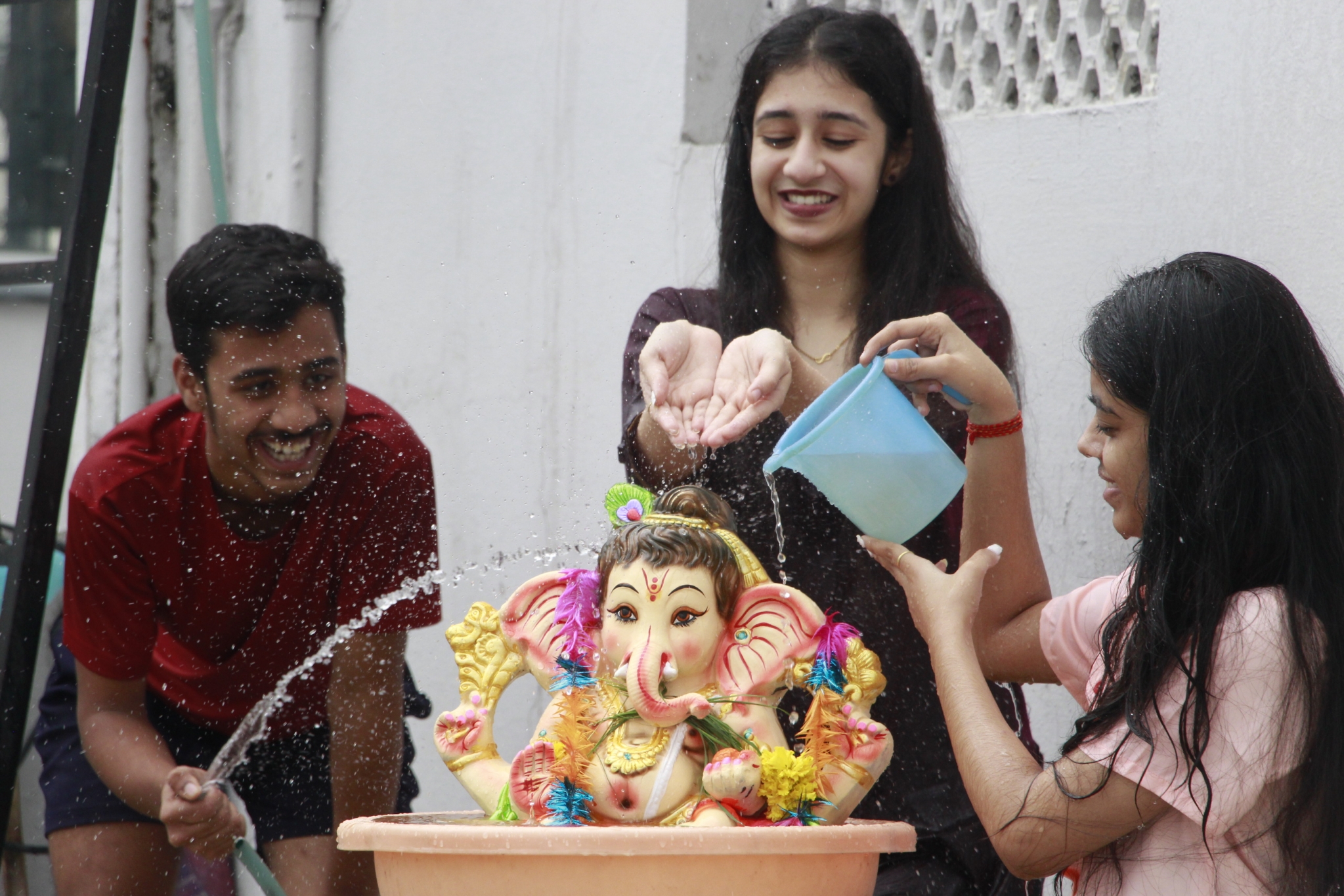 Eco-friendly immersion of Lord Ganesh at homes and artificial ponds in Indore created, especially for the purpose. | PINTU NAMDEV

Indore (Madhya Pradesh): The 10-day-long festivities of Ganeshotsav, which began on September 10 this year, ended on Sunday with devotees saying goodbye to Lord Ganesha with tears in their eyes and prayers, ‘Agle baras tu jaldi aa’ (Come soon next year).

With his departure, the 10-day-long Ganeshotsav festival culminated on Anant Chaturdashi. The day signifies the 14th day of the Shukla Paksha in the Hindu month of Bhadrapada.

This is the second time that the tableaux did not come out in Indore on the day of Anant Chaturdashi. This is the 98th year. Earlier, even in the 97th year (2020), the tableaux could not come out due to corona. There were no small or big vehicles decorated like chariots. However, there were many fake posts on social media stating that ‘tableaux are out in Indore city’.

Hand-sculpted effigies on vehicles, 40-watt to 100-watt bulb fringes and the twinkling and shimmering coloured light shows were all missed. Tableaux were taken out in Indore even during the Emergency period from 1975 to 1977, but corona has put the brakes on this tradition since last year. 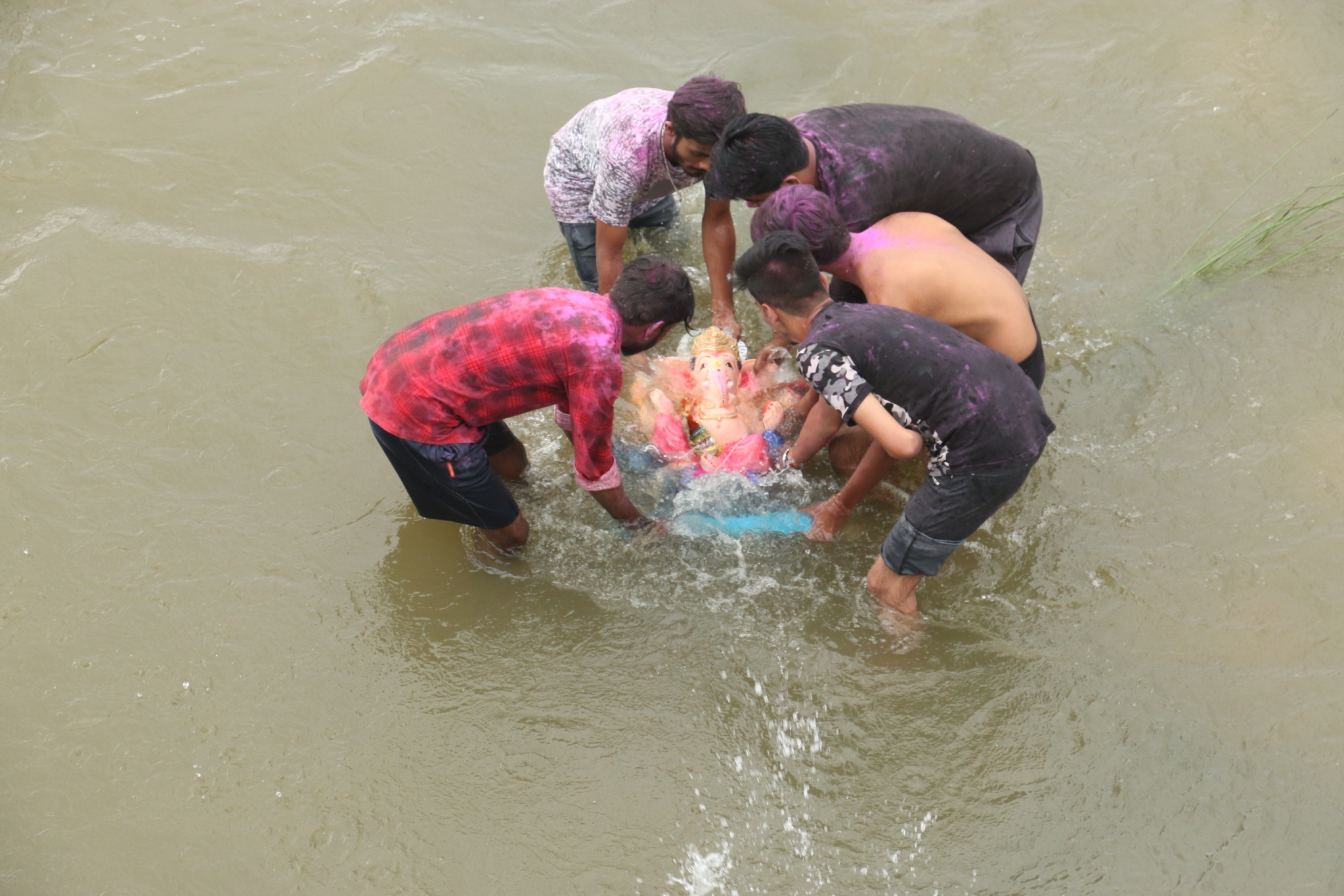 Hukumchand Mill in Indore, which has a history of 97 years of taking out tableaux, took out the first tableau in 1924. With the passage of time, the second mill also became a part of the festival and the caravan started. In these 97 years, the tableaux travelled from bullock carts to vehicles. Lanterns and gas lights were replaced by electric lighting.

§ Considering environmental hazards, most Indoreans opted to bring eco-friendly Lord Ganesh idols this year; hence, many will immerse the idols at home

§ Devotees of Lord Vishnu will observe a day-long fast and also tie the sacred thread, known as Anant Sutra, during a special puja

§ After performing Lord Vishnu’s puja, 14 knots of Anant Sutra are tied to the hand

§ As in every year, this year, too, the municipal corporation collected Ganesh idols for immersion at different places in the 85 wards

§ Apart from the 19 zonal offices of the corporation, Ganesh idols were also collected around the ponds

§ Artificial pools were made by the civic body at various places for immersion of Ganesh idols made of clay and soil; here, citizens immersed the idols

§ Devotees had to keep the worship material (garlands, clothes, fruits, flowers, coconut, leaves and so forth) of Ganesh idols in a separate basket for environment and water safety