According to information, Kalu was suspicious about a love affair between his wife and the deceased.

Kukshi (Madhya Pradesh): The session court of Kukshi sentenced a murder accused to life sentence. The accused Kalu alias Mukesh son of Jamsingh, a Dawar resident had killed Sandeep alias Sanjay with a knife and a sickle on April 14, 2019.

The incident took place at Jhegda village around 11:00 pm when Kalu and his wife Rinku visited one of his relatives Sohan for some rituals. Sandeep was also invited. In the morning, the body off Sandeep was discovered near a well at Sohan's farm.

According to information, Kalu was suspicious about a love affair between his wife and the deceased.

During the investigation, Kalu stated that, after murdering him, he had thrown all the weapons inside the nearby well and hid the clothes having the victim's blood stain. All the items were discovered during the investigation. His wife was also accused of hiding the matter but was released due to lack of evidence. The case was pleaded by Additional Public Prosecutor RK Gupta. 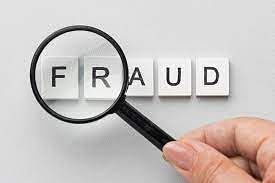