Doctors did not administer snake venom antiserum to victim even when the dosage were available at the PHC. Khetia villagers stage massive protest demanding action against ‘guilty’ doctors.

Khetia (Madhya Pradesh): Two doctors of a primary health centre in Khetia were removed on Monday over alleged medical negligence in treatment of a snake-bite victim who lost his life due to lack of timely treatment.

On the directives of district collector Shivraj Singh Verma, the chief medical and health officer Dr Anita Singare removed Dr Neha Arya and Dr Aman Modi from primary health centre (PHC). The action comes following the massive protest over the death of a farmer Anil Panwar, who was bitten by a snake while working at an agriculture field on Friday.

Health department swung into action after scores of villagers staged a protest demanding strict action against on-duty doctors at the PHC accusing them of medical negligence and failure to provide timely treatment to the snake-bite victim.

The district administration has ordered inquiry into the matter and a probe team has been constituted. The team includes, Dr Lalsingh Thakur, expert from district hospital, Barwani, Dr Joseph Sulya, MD (medicine) from district hospital, Barwani and Nilesh Pal, assistant grade III clerk from Barwani. The probe report has to be submitted in next seven days and based on the findings further action would be initiated against the ‘negligent doctors’.

Pansemal block medical officer Dr Arvind Kirade said that Pawar was bitten by a snake while he was working in his field in Kochra on Friday. "After the incident, he travelled for a few kilometres on foot and with the help of acquaintances reached the government primary health centre in Khetia.

Pawar was then taken to Shahada in Maharashtra, but he died on the way.

On hearing about his death, hundreds of locals surrounded the primary health centre in Khetia and raised slogans demanding police action against the duty doctors.

As the protest intensified, additional tehsildar, tehsildar and police force reached the health centre, but the protestors remained adamant on their demand. The villagers alleged that the doctors did not administer the injection even when it was available at the centre. The protestors, in presence of the officials, brought three boxes of snake venom antiserum kept in the primary health centre.

Dr Kirade admitted that three boxes of antiserum were available at the health centre in Khetia. The locals then submitted a memorandum addressed to the district collector before calling off the protest.

Members of Kisan Sangh and locals submitted a memorandum to the administrative officer here demanding compensation of Rs 50 lakh to the family of deceased Anil Panwar. The villagers demanded stern action against the ‘negligent’ doctors. Villagers claimed that gross irregularities and mismanagement have been prevailing at the primary health centre in Khetia for long and locals had apprised the administration of the same, but the authorities remained mute spectators. 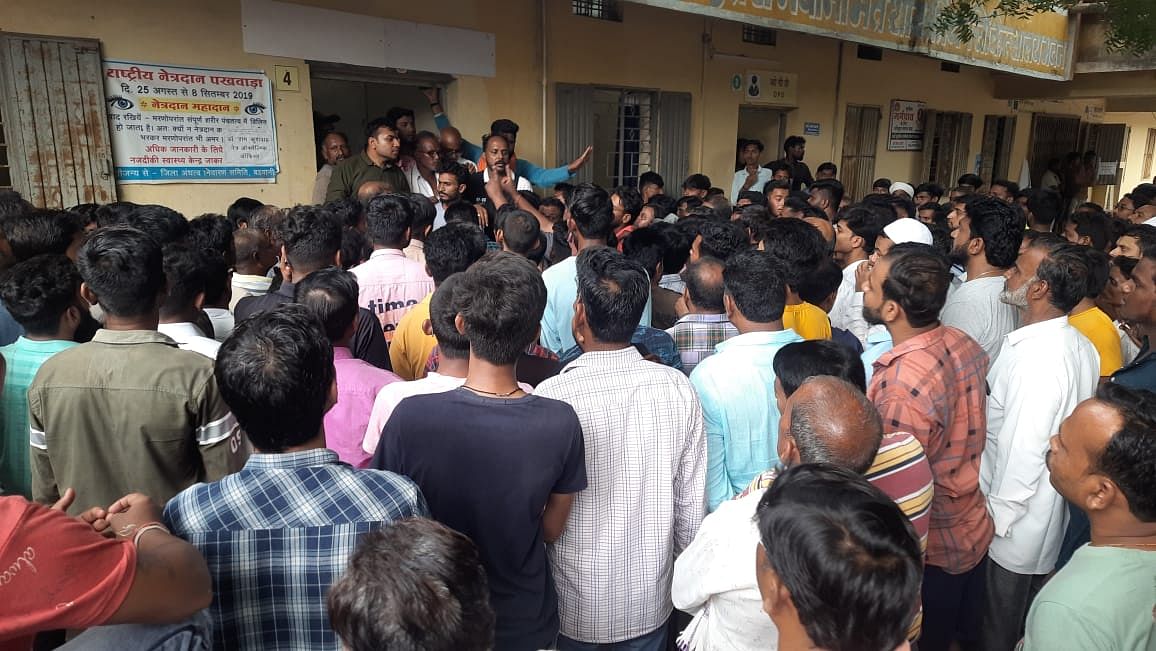