Both the girls are from Musakhedi locality in Indore and were acquainted with accused through social media.
FP News Service 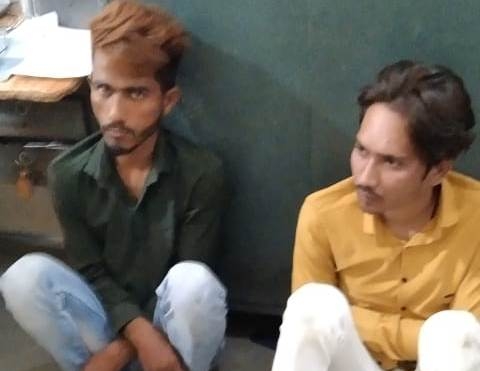 On Friday, the accused asked them to come along with them at a nearby café to celebrate birthday of one of them. However, they took them to Jaam Gate in the car against their will. At Jaam Gate, they molested and clicked their pictures on mobile phones. “When we resisted, they threatened us with social humiliation. They asked us to convert religion and marry them,” the girls added.

Some members of Hindu Jagran Manch who were passing through Jam Ghat suspected foul play. They questioned the youths and girls about what they were doing at such a deserted place. Girls immediately broke down and narrated the entire incident to them. Later, members handed over the two accused to Mandleshwar police.

Based on the girls' statement, police registered case under Indian Penal Code and MP Religious Freedom Ordinance 2020. Police registered zero FIR in the matter and handed over girls to their family members.

Small shopkeepers at Jaam Gate said Sohail has been coming to Jaam Gate with different girls for the last one month. Each time Sohail arrives at Jaam Gate, he molests them and clicks photographs to exploit them.