Khandwa (Madhya Pradesh): A four-year-old girl was kidnapped and later gang-raped in Khandwa district on Tuesday. The accused later attempted to strangulate her to death but failed in doing so.

Assuming her to be dead, the accused dumped her in an unconscious state in bushes a few kilometres away from the spot.

According to information, the girl had gone to her uncle’s place to celebrate Diwali and was sleeping in a hut at her uncle’s farm when the accused Rajkumar and his relative, a resident of Khargone, Dilip kidnapped the girl.

After some time, failing to see her in the hut, the victim’s family members started searching for her on Monday morning. Pandhana police station in-charge BL Atode launched a search for the girl following a complaint lodged by her family members.

Based on suspicion, police detained Rajkumar. During interrogation, he confessed to committing the crime along with Dilip in an inebriant condition. He further told police that he had killed the girl and dumped the body in nearby bushes.

Based on the information provided by him, police rushed to the spot and recovered the girl in an unconscious state. She was immediately taken to the district hospital from where she was referred to Indore. Her condition is said to be stable.

SP Vivek Singh said that the girl has nail marks on her neck and other injury marks on her body. The accused, Rajkumar has earlier been booked in an incident of arson and works at a Dhaba. Police are looking for the co-accused who is still absconding. 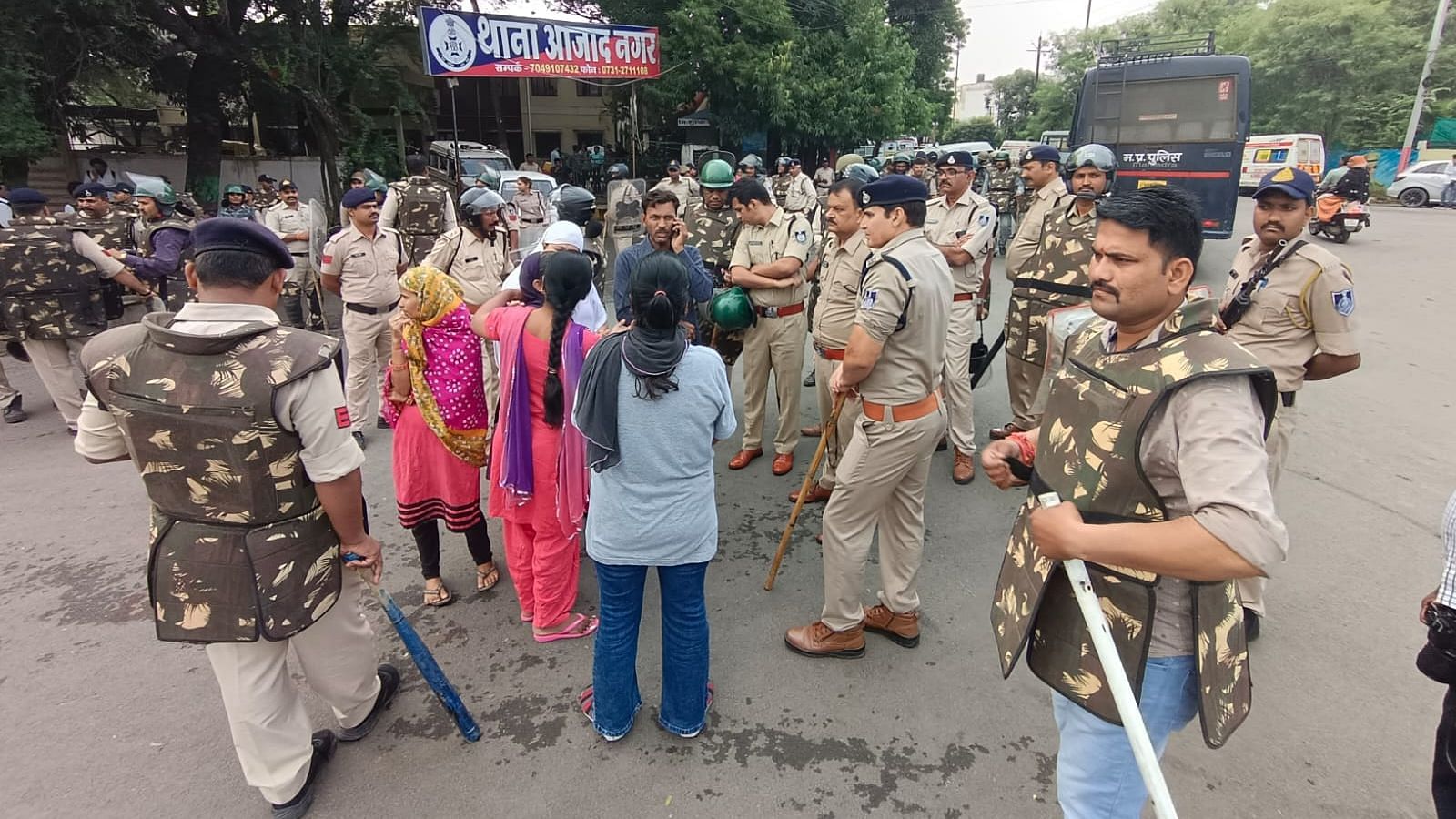