The complainant alleged that accused were involved in luring villagers in the predominantly tribal Jhabua district for conversion.
FP News Service 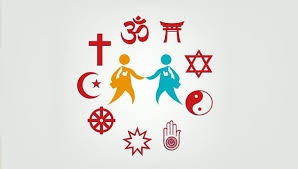 Jhabua (Madhya Pradesh): Police claimed to have arrested three persons, including a Catholic Church priest and a Pastor for allegedly luring tribals to convert to Christianity.

The complainant alleged, "On December 26, Father Jam Singh Dindore called me and Surti Bai (another villager) to his prayer room. We were asked to attend a weekly meeting called for conversion. They sprinkled water on us and read from the Bible. We were promised free health and education to convert to Christianity. We declined the offer and informed the police."

Alleged accused have been booked under the Madhya Pradesh Freedom of Religion Act, 2021, police said.

A team of local police reached Dindore's residence on Sunday afternoon and detained him. Later, two more persons involved in the matter were arrested.

In the wake of the arrests Christian Missionaries in Jhabua district alleged that a smear campaign is being run in the predominantly tribal areas of Madhya Pradesh.