According to an official of the cell, a woman had lodged a complaint that an unidentified person was making phone calls to her and other women of her family at night.

Indore (Madhya Pradesh): A youth was nabbed by a joint team of Chhatripura and We Care For You cell of the Crime Branch for making obscene phone calls to women especially at night. The accused was handed over to the Chhatripura police station staff and further investigation is on.

According to an official of the cell, a woman had lodged a complaint that an unidentified person was making phone calls to her and other women of her family at night. The accused was using obscene words over the phone.

After receiving the complaint, the cell officials started an investigation and managed to arrest the accused from Chhatripura area. The accused was identified as Pankaj, a resident of Kushwah Nagar.

The accused informed the police that he stays with his father. After his father went on his night duty, he used to make obscene phone calls to women . A case was registered against the accused under section 509 of the IPC at Chhatripura police station.

Youth tries to save street dog, killed in road accident

A youth was killed in a road accident on Friday while he was returning to the city as he tried to save a street dog in the Betma area which had suddenly jumped in front of his bike from being run over. After the accident, he reached his friend’s home and slept there.

According to the police, Manish, a resident of the Hira Nagar area, had gone to Dhar on some work and, while returning, met with the accident. He got injured, but rode his bike to the house of his friend, Rahul. After getting first-aid, he slept there but he did not wake up the next morning. The police have sent the body for an autopsy and started an investigation into the case.

In another road accident, Rakesh, a resident of Rau, died after he was hit by a vehicle in Pithampur. He was going back home from work on his scooter when the accident happened. He was employed in a company in Pithampur. Another person was injured in the accident.

Traffic cops, on Saturday, collected a fine of Rs 5,000 from an SUV driver for not placing the number plate on the vehicle. The car driver also tried to flee after seeing the police checking vehicles but he was caught by the police after a chase.

Traffic subedar Krishna Mishra and his team were checking vehicles near Geeta Bhawan Square. The officials spotted an SUV without a number plate and tried to stop the vehicle but the driver accelerated the car and tried to flee from there. However, the policemen chased him and stopped the car near Dhakkanwala Kuan. The driver is a resident of Dewas. The officials found that the registration was issued to the car driver but he did not place the number plate. A fine of Rs 5,000 was collected by the police officials and the violator was warned to place the number plate immediately.

A car driver was booked by the police for violating a red light and fleeing when the police tried to stop him. Subedar Chandresh Maravi and his team were at Navlakha Square when they spotted a recklessly driven car. They tried to stop the car, but the driver fled after pretending he was parking his vehicle by the kerb. The policemen chased him and managed to catch him near GPO Square. He was later taken to the Sanyogitaganj police station where he was booked under various sections for violating traffic rules. Two cases of dowry harassment, and a case of physical torture, have been registered at the Mahila police station, police said on Saturday.

In the first case, a 24-year-old newly married woman from Keshav Nagar has lodged a complaint against her husband and in-laws under the Dowry Act. She stated that 15 days after she got married in the year 2021 her in-laws started demanding a car worth 5 lakh from her and continued doing so even as she gave them Rs 50,000 in cash. She said that when she was unable to give the money, her husband started abusing her physically and mentally due to which she finally lodged a complaint against them.

In the second case, a 28-year-old woman from Manchvai lodged a complaint against her husband and in-laws stating that they had been harassing her for a dowry of Rs 2 lakhs in cash and a car. She said that even though her family had provided the couple with gold and silver jewellery along with the necessary household appliances as she was leaving her home in 2016, it did not satisfy her husband and in-laws. She said that in 2018 her husband and in-laws threw her out of their house after harassing her for a long time but she didn’t take any action against them hoping that things would work out. However, she lodged a complaint on Saturday after giving up all hope of solving the matter.

In another case, a 31-year-old mother of two from Chinar Park lodged a complaint against her husband and in-laws stating that they had tortured her without any cause. The woman said that she got married in 2015 but just a few months later her in-laws and her husband started torturing her and abusing her even saying that she does black magic and hangs out with people who practice it.

Two groups clashed over a petty issue in Four More Shots pub under Tukoganj police station jurisdiction on Saturday. The police have registered a case against more than half a dozen people and arrested six persons from both groups. It is said that the pub was open late at night. Police said that five people from both groups were injured.

According to the police, Ranveer Singh, a resident of Annapurna area has lodged a complaint that he along with his friend Bhavesh reached the pub for a birthday celebration. While dancing in the pub, his hand touched Nitesh Patil, who started arguing with them. The situation turned ugly when Nitesh and his friends thrashed Ranveer and his friend Bhavesh. In this incident, Ranveer received injuries.

In another complaint, an MBA student girl informed the police that she along with Nilesh, Nitesh, Jayant and Bittu had gone to the pub for a party. They came out of the pub when one Idrish, Happy and their friends started using abusive words for them over the same issue. Later, Idrish, Ranveer and others thrashed them. They, including the pub manager Happy, also threatened them.

Tukoganj police station in-charge Kamlesh Sharma said that 6 people were arrested in the case and a search is on for three others. The police investigation is on in the case to establish the exact reason behind the incident. 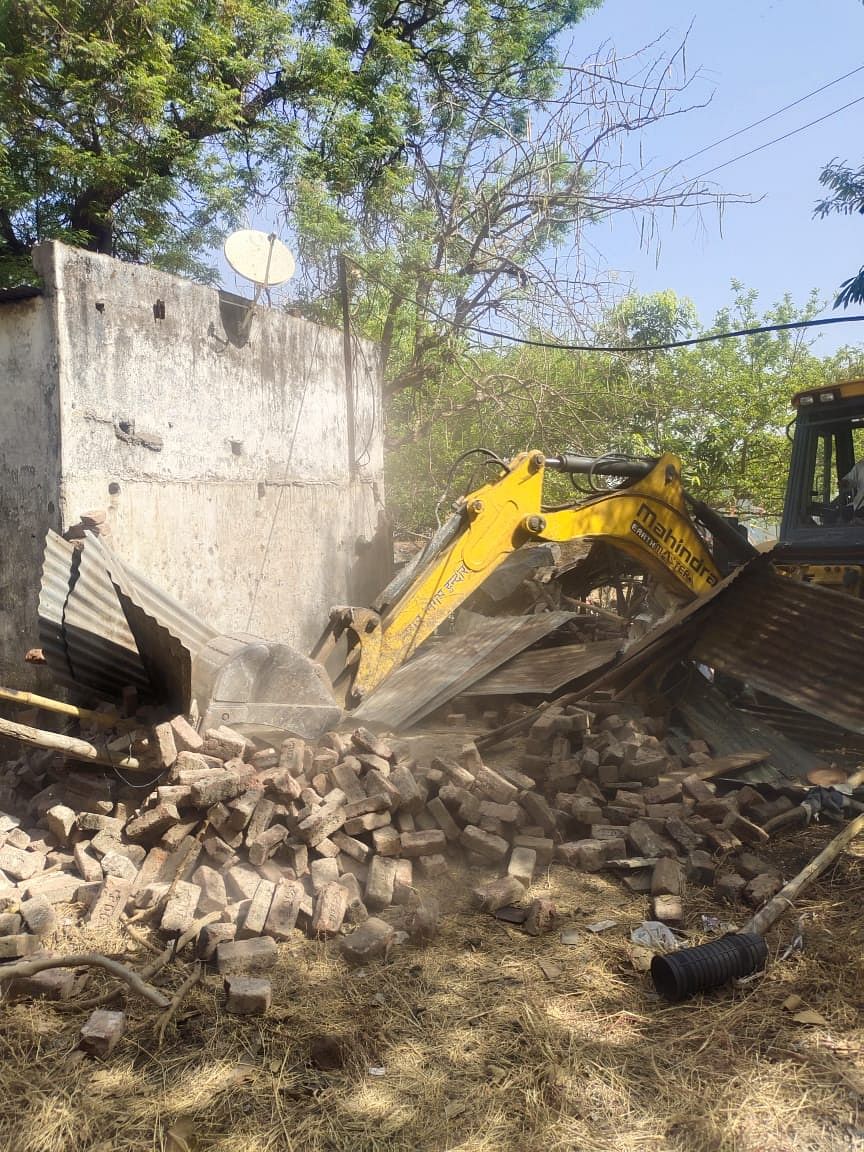