Indore (Madhya Pradesh): Indoris had to brace for another chilly day on Tuesday and for the record, it was the coldest day of the season so far. The day temperature dropped four degrees Celsius below the normal temperature on Tuesday.

The city has witnessed a drop in temperature consecutively for the third day while regional meteorological department officials said Wednesday would remain the same.

The mornings were foggy as the visibility on Tuesday morning dropped to 2500 metres.

Meanwhile, citizens reeled under cold waves as the wind speed ranged between 10 and 15 km per hour. The meteorological department claimed that the conditions would remain the same and the temperature would increase only gradually.

On Tuesday, denizens witnessed a relief in the afternoon with clear skies and sunshine but it couldn’t help in increasing the temperature which also affected the daily routine of Indoris. Due to chilly winds, people remained confined to their homes and offices throughout the day.

The Met officials said, “Due to light winds and high moisture near the surface over Indo-Gangetic plains, dense fog in isolated pockets is very likely over Madhya Pradesh during next three days while cold conditions in many pockets are likely to remain in the state in the next two to three days. There would be no significant change in minimum temperatures over the next three days and a fall by two to three degrees Celsius thereafter.”

Meanwhile, the homeless had to seek refuge at the night shelters run by the Indore Municipal Corporation (IMC) and people lit bonfires at many places to brace the chill especially at night. 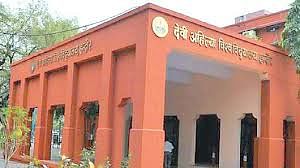