The condition of three passengers is said to be critical.
FP News Service 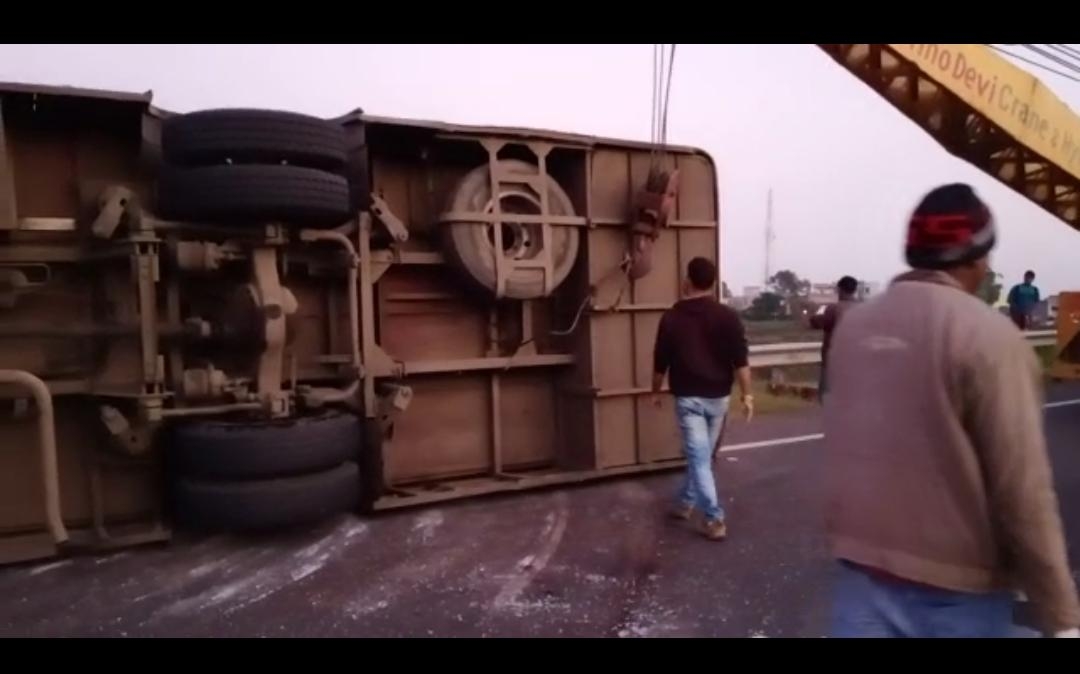 Mhow (Madhya Pradesh): Two passengers were killed and 10 others injured when a private bus overturned in Indore district on Thursday, a police official said. The condition of three passengers is said to be critical.

Manpur police station in-charge Vijay Singh Sisodia said that the accident took place in Manpur area when the bus was on its way to Indore from Nashik in neighbouring Maharashtra, he said.

The bus driver, in order to avoid hitting a stationary cement-laden truck parked on a roadside on the Mumbai-Agra national highway, turned the vehicle at high speed following which it overturned, the official said. Two men were killed in the accident, he said, adding that they were yet to be identified.

The injured 10 people were admitted to different hospitals in Indore and Manpur, the official said.