In 50 kg class, Priyanshi Prajapat and in 55 kg Chhaya Patel won silver medal for the state. Soumya Ali scored 110 not out and helped Indore division defeat Shahdol by 185 runs in the under-18 girls cricket competition, being played at Morena on Wednesday. Indore division batting first scored 254 runs in 50 overs losing 4 wickets in which Soumya scored a brilliant unbeaten 110 with the help of 15 hits to the fence. Kanishka Thakur made 84 runs with the help of 16 fours. Sanskriti Gupta, Palak Singh Suhani and Rashi bagged 1wicket each for Shahdol division.

In reply, Shahdol division scored 69 runs in 29 overs, in which Sanskriti Gupta scored 35 and Sneh Sen made 10 runs. For Indore, Jiya Jethwa bagged 4 wickets and Ayushi Shukla took 3. In the semifinal, Indore will meet Bhopal on April 1. The best player award in this match was jointly given to Soumya and Kanishka Thakur. Earlier, the competition was inaugurated by MLA Mahendra Hardia and MPOA vice-president Om Soni. On this occasion, Jayesh Acharya, Nilesh Ved, Rajesh Shakya and Akram Khan were present with Pramod Soni, Gaurav Patel and Pradeep Paliwal. The guests were welcomed by Gagan Chandrawat, Prashant Vyas and Dilip Kapoor. The programme was conducted by Sanjay Mishra and vote of thanks was proposed by Nilesh Pardeshi.

The 50th National Women's Handball Championship will be organized by Madhya Pradesh Handball Association under the aegis of Handball Federation of India here at Chimanbagh Sports Ground from March 31 to April 4. Teams from 27 states are participating in this competition. All preparations for the competition have been completed. Matches will be played on league-cum-knockout basis. The live telecast of the competition will be done through Facebook. The competition will be inaugurated by Ramesh Mendola, President of Madhya Pradesh Olympic Association, and MLA Akash Vijayvargiya. ADCP Indore police, Prashant Choubey, Additional Commissioner Indore Municipal Corporation Bhavna Mittal, ACP Indore Police Soumya Jain will be present special guests, said Preepal Singh Saluja.

The 33rd Karnik Awards function, organized by Karnik Smriti Samiti, will be held at Nehru Stadium Badminton Hall during the 19th Rabindra Sethi Smriti Indore District Sub Junior Badminton Competition, which will be played from April 2.Indore District Badminton Asssociation co-secretary Dharmesh Yashlaha said that this time Karnik Award will be given to Indore district singles badminton players of 2019-20 . In the 33rd Karnik Awards ceremony, cash prizes will be given to the winners of the 11 categories of 2019-20, Swati Solanki, Priyansh Khushwani, Akshat Nimade, Aadhya Jain, Anushka Shahpurkar, Atharva Rawat, Vedant Soni and Prakash Dodeja will be rewarded. Swati Solanki, Anushka Shahpurkar and Akshat Nimade will get this award in two categories each. The Karnik Award is being given since 1987, till now 200 badminton players of Indore have received this award.This is the only sports award which is given to the winning players of the authorized competition at the district level. Madhya Pradesh’s Nitin Baghel and Akash Dandotiya have been selected as umpires for the upcoming all India university tournament to be held at Maharishi Dayanand University Rohtak , Haryana from March 31 to April 4. For this achievements, Manish Chaudhary, Yogesh Baghel, Sunil Tiwari, Ramchandra Tomar, Gajendrasingh Rathore and Bhanupratapsingh Dhangar wished the players. 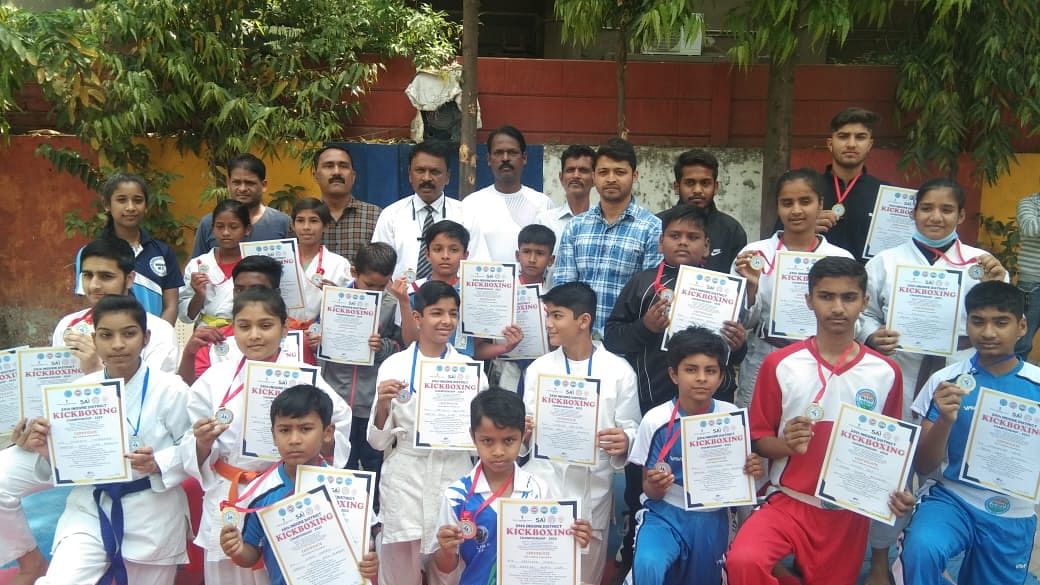 The 26th Indore district kickboxing competition was held in the presence of Manoj Kamble and Master Sayeed Alam. Sachin Soni and Hiralal Borasi were also present as special guests. The main judge of the competition was Vikram Deora. Javed Hussain was the head of the arena. The prize distribution was conducted by Sakshi Dhiman while a vote of thanks was proposed by Vinod Sondawale.

The winners are as follows.

Read Also
Indore: Slow pace of kids’ vaccination; Not even 50% of the children inoculated with the first...