In this championship, the first prize (male and female) for the winner is Rs 30,000, the second prize 15,000 and the third prize is of 10,000. Rs 5000 each will be given to the best player and best goal keeper. Sponsors will completely bear the expenses of jersey and memento, medal and hotel stay and food for the players.

Mayor Pushyamitra Bhargav, MLA Mahendra Hardia, MLA Ramesh Mendola, Chandurao Shinde, Mahesh Joshi of Indore Pranav Mandal and councilor Mudra Shastri were present at the inaugural occasion. MP’s Rollball secretary Surya Dutt Joshi said that three-day matches will be played from 8 am to noon and from 5 pm to 11 pm. The 14 teams will be divided into two pools. Rs 500 cash prize will also be given to the best player of each match. On the closing day, players will be honored by MP Shankar Lalwani, MLA Malini Laxmansingh Goud  and   Munnalal Yadav. 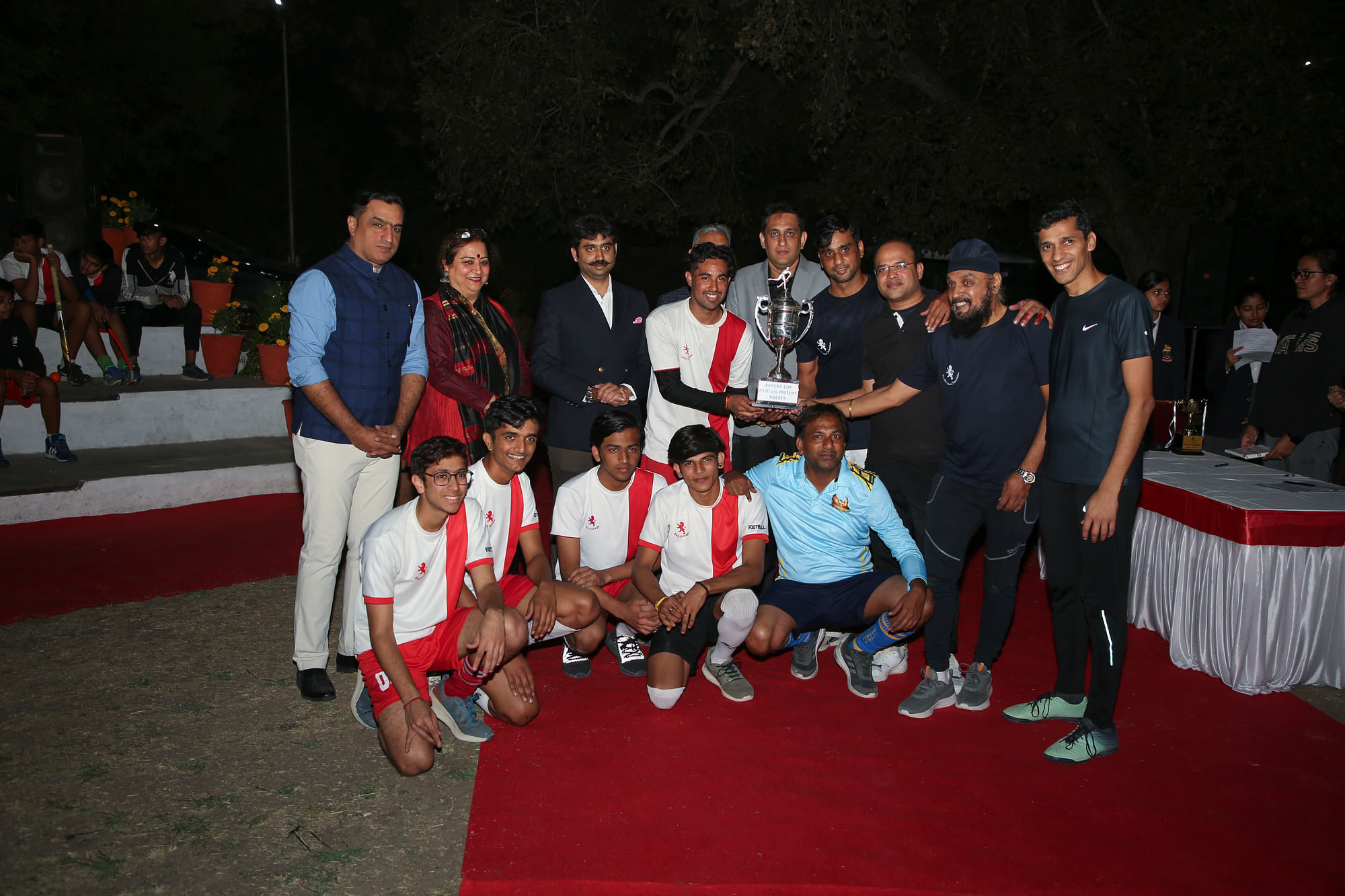 Various sporting activities were organized in Daly College as part of its annual festival. In this connection, badminton matches were played between the Old Dalians and the current students and staff. In this, the Old Dalians won the contest by 7–2.

In the prize distribution function, Chairman of Daly College Board Vikram Singh Puar was present as chief guest. He gave away prizes to the winners. During the function, Members of the Daly College Board, Association, Principal Madam, Vice Principal Sir, Bursar, Estate Manager, Dean of Sports and other officials, along with a large number of staff and former and current students were present. Devika Sanghvi conducted the programme and a vote of thanks was proposed by Amishi Shukla on behalf of Daly College and Tejveer Juneja on behalf of Old Dalians.

Yash, Sarthak, Rohan, Raghav in final round of qualifying In the second SAGE  National Billiards-Snooker Championship, the final match of junior boys category in snooker will be played between Ranveer Duggal of Chandigarh and Digvijay Kadiyan of Haryana.