Indore: Shocking revelations made by the wife of TI on suicide incident

Indore (Madhya Pradesh): Hakam Singh, TI posted on Shyamla hills had committed suicide by shooting himself on Friday June 24. Wife of the TI made shocking revelations on the suicide case of the TI in Indore. Singh’s wife Reshma reached the spot as soon as she came to know about the suicide. As per the sources Reshma told the police that ASI Ranjana has been harassing TI for several days. The deceased TI had taken gold worth RS 5 lakhs from the ASI. Ranjana was asking for the same money back.

Ranjana’s brother Kamlesh was present at the time the incident took place. Kamlesh told the police that ten days ago there was a dispute between Hakam singh and the ASI regarding a Creta vehicle, for which Ranjana had complained to the DCP of Zone-3 Bhopal. He added that Hakam had come to Indore to end this matter.

Kamlesh further added that on Friday afternoon Hakam singh had called Ranjana to the restaurant of the police control room to handover the vehicle. There had been disputes earlier so this time Ranjana called him too. In the meeting they both had tea first.

Then went out fighting and in midst of altercation Hakam took out service revolver and fired at Ranjana. The bullet went out touching Ranjana’s ear she fainted and fell down. The TI felt that Ranjana had died after that Singh committed suicide.

Read Also
Indore: Several injured as another bus skids off road near Indore 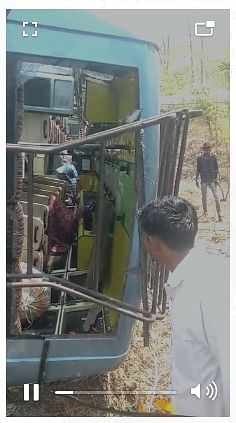 HomeIndoreIndore: Shocking revelations made by the wife of TI on suicide incident