Indore: Ruckus at MY Hospital after death of twins

Doctors lodge complaint against father, while family alleges they were beaten up by duty doctors
Staff Reporter 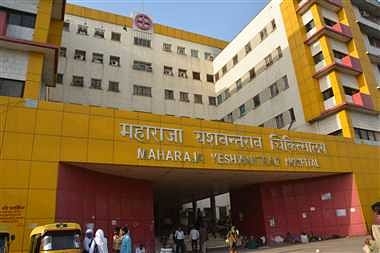 According to cops of Sanyogitaganj police station, a case has been registered against Vikas Tanwar for attacking the doctors at the hospital. “Vikas took his wife, Payal, to get admitted to MY Hospital for delivery on Thursday night. Payal delivered twins, but the babies didn’t survive, which led the family to create a ruckus and also beat up the on-duty doctor,” the police said.

A case was registered against Vikas Tanwar on the complaint of Dr Ankit Agrawal. Meanwhile, Vikas Tanwar has alleged that, initially, the on-duty doctors told us that the babies were healthy, but declared them dead just a few minutes later.

‘Kept us captive in a room’

‘We requested the doctors to hand over the bodies to us, but they misbehaved with us. When we protested, the doctors threatened to give the patient a poisonous injection. About 20 doctors kept me captive in a room and thrashed me and my family members. We lodged a complaint, but the police didn’t take any action against the doctors’

— Vikas Tanwar, father of the babies