A notice was also issued to the bank demanding an explanation about the transfer of the money from the OD account without sending any OTP to the complainant.
Staff Reporter 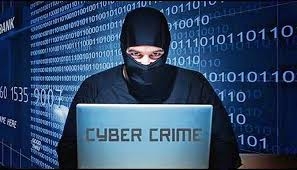 Indore: The state cyber cell, on Tuesday, arrested a person for allegedly transfering Rs 40 lakh from the OD bank account of a doctor. The accused had transferred the amount to seven different banks and the cyber cell officials have also arrested four bank account-holders. Also, a notice was issued to the bank demanding an explanation about the transfer of the money from the OD account without sending any OTP to the complainant.

SP (Cyber Cell) Jitendra Singh said that Dr Anand Kumar Jain, director of Laxmi Memorial Hospital, lodged a complaint on October 3 that someone had transferred Rs 40.5 lakh from his OD account to other bank accounts between September 30 and October 2. Interestingly, the complainant did not receive any OTP for the transactions.

Inspector Rashid Ahmed and ASI Rampal were instructed to investigate the case. During the investigations, the officials found that the money was transferred to seven accounts of different banks. A case under sections 43/66, 66-C and 66-D of the IT Act and sections 419, 420, 34 of the IPC was registered against unidentified accused.

The cyber cell officials collected information about bank account-holders and managed to freeze the fraudulently transferred amount (Rs 40.5 lakh) so that the accused could not withdraw the money from their bank accounts. Suspects named Kranti Ujjaini, Akash Parihar, Vivek Dhasal and Chandrashekhar Parihar were called by the officials to the cyber cell office. They allegedly informed the cell officers that a certain Anil Kachhway had transferred the money in their bank accounts. Following the lead given by them, the cell officials caught Kachhway from near the bank. He allegedly confessed to transfering the money.

SP Jitendra Singh said that the role of the bank was suspect, too, and “we’ve issued a notice to the bank under Section 85 to clear the situation”.