HomeIndoreIndore: Over half inch of rainfall in the city’s western area

Indore: Over half inch of rainfall in the city’s western area

Eastern area settles for only drizzles.

Increased humidity in the morning had made people desperate for another bout of rain to get rid of the oppressive weather. A short spell of rain and cool breeze made the weather pleasant for a couple of hours, but the humidity level started increasing by night again.

According to Regional Meteorological Department officials, the city will continue to witness moderate rainfall on Thursday.

‘A low-pressure area lies over north-east Madhya Pradesh and its neighbourhood. It’s very likely to move west-north-westwards during the next two days. Meanwhile, a trough also runs from the north-west Bay of Bengal to north Punjab across a cyclonic circulation associated with the low-pressure area over north-east Madhya Pradesh and its neighbourhood in the lower tropospheric levels. A western disturbance as a trough in the mid-tropospheric Westerlies with its axis at 5.8 km above mean sea level runs roughly to the north. Under the influence of these conditions, the whole state will witness rainfall activities, while the Indore region will witness moderate rainfall on Thursday and Friday’ —    Met officials 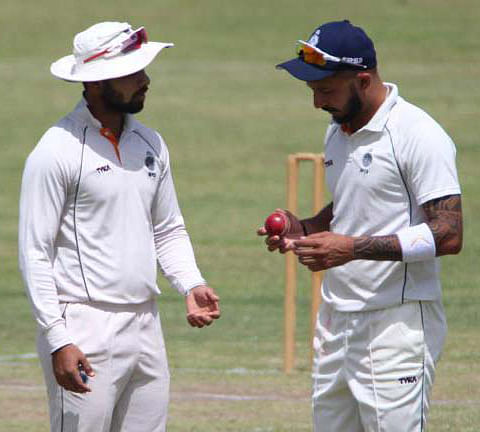