The Heritage Walk was led by historian Zafar Ansari who told the students about the heritage of the city and other historical events. In the walk, ISCDL CEO Rishav Gupta was also present along with other officials and dignitaries.
ARSH RAFIK VISAAL 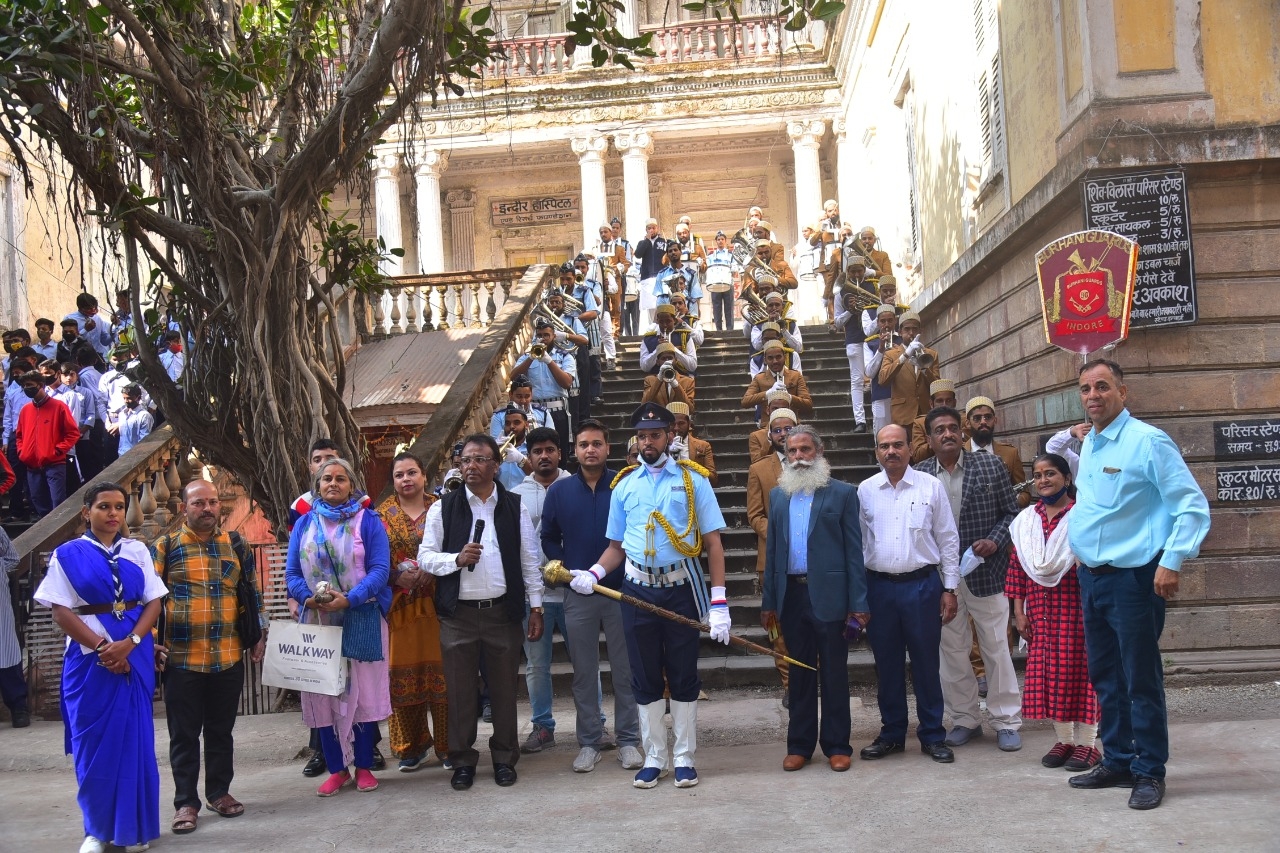 On the occasion of Children’s Day, over 40 students were awarded special 50 paise coins, which have the portrait of the first prime minister of India Jawaharlal Nehru, during the Heritage Walk organised by the Indore Smart City Development Limited on Sunday.

Over 250 students from several schools participated in the Heritage Walk. The students also had the opportunity to hear Nehru's speech he gave on the day of India's independence on August 15, 1947.

The Heritage Walk was led by historian Zafar Ansari who told the students about the heritage of the city and other historical events. In the walk, ISCDL CEO Rishav Gupta was also present along with other officials and dignitaries.

Historian Ansari said that at the ending of the walk, an interactive session was taken for the children present. In the session, children were questioned on the topics which were shared with them during the walk. Many children gave correct answers and they were awarded the coins of minted in 1964.

“In the speech of Jawaharlal Nehru he addressed that India has now got freedom and Indians are now out of ‘gulami’. Now we are heading towards new India and we all need to take the country ahead with each other together. India is not a nation of a particular community or society, it is of everyone. We have to make it strong so that we all can live happily,” said Ansari.

He added that during the Heritage Walk, the band of Saify School also participated.

“In the walk the kids were taken to Shekhar Nagar then Pandrinath Temple then Rajwada and then to Shiv Vilas Palace and other such historic places of the city. The kids were also told about the Bada Rawla and founders of Indore,” said Ansari.

How tap water supply started in the city?

The children were also told how tap water supply started in the city. Ansari said that Maharaja Tukoji Rao Holkar II initiated water taps in the city. For supply of water through tap, wells were dug 4-miles from the Rajwada Palace along with a pond in Pipla Village which is now known as Pipliyahana Lake. In 1862, tap waterstarted in Indore and before that there was an open line water supply in which water used to get contaminated.

Ansari said that Nehru has come many times to Indore. He was a good friend of Tukoji Rao Holkar III and Yeshwant Rao Maharaj. He also visited Hukumchand Mill. He has supported mills development and expansion in Indore. He used to stay in Residency.