Testing of the drone started on September 6 and continued till September 13.

Indore (Madhya Pradesh): Following in the footsteps of Hyderabad, a start-up in Indore has successfully tested delivering of medicines through drones. The start-up has successfully sent medicines weighing 5 kilograms to a village located 15 kilometres away. Logistics company Delhivery has tested a first-of-its-kind pharma-tech project in collaboration with Indore’s start-up, Skylane Drone Tech.

“We’ve conducted a successful trial of medicine delivery through a drone in the Bicholi Mardana area as the medicines were delivered from R9 Cricket Club to Khemna village, about 15 kilometres away. The developed drone prototype flew at a speed of 100 kilometres per hour horizontally after flying vertically to attain a certain height,” CEO of Skylane Drone Tech Prayas Saxena said. He said that they had taken permission from the department of civil aviation, Airports Authority of India, the administration and police before conducting the trial. 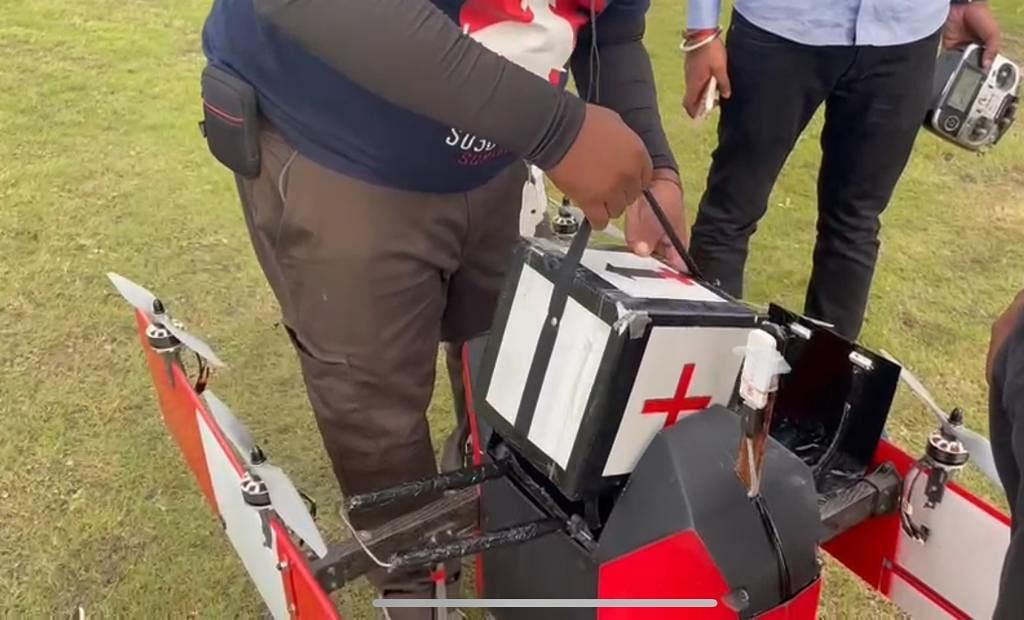 Testing of the drone started on September 6 and continued till September 13.

“The drone has a capacity of carrying 5 kilogram weight across a 25-kilometre distance. It requires 4G connectivity and a 2.4 GHz network. Such aircraft are used in the US, Canada, Australia and other countries,” Saxena said.

Delhivery had tested the drone’s capacity in its earlier trial in Telangana’s Vakirabad under the project, ‘Medicine from the Sky’.