A video of Jawed Habib spitting on a woman’s head during a seminar in Muzaffarnagar in Uttar Pradesh has gone viral on social media.
Staff Reporter 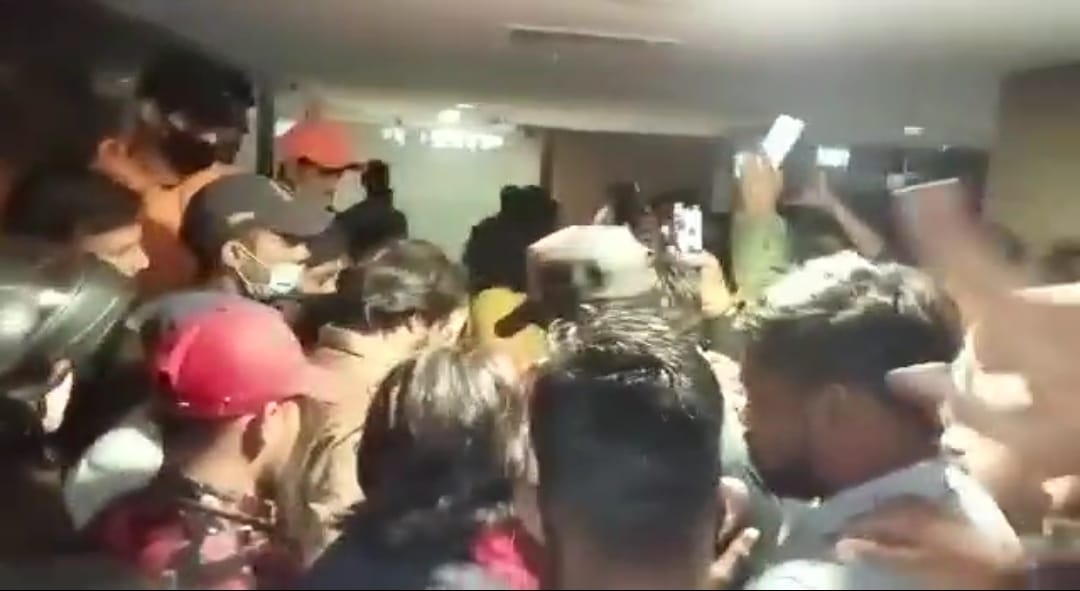 They were protesting against Habib for spitting on a woman’s head during a seminar in Muzaffarnagar in Uttar Pradesh.

As the video of the incident went viral on social media, Habib, a member of BJP, released a video seeking apology from people.

On Saturday noon, a large number of Karni Sena members reached 56-dukan and protested in front of Habib’s saloon. They demanded that saloon should be closed soon.

A day ago, BJP MLA from Indore Akash Vijayavargia had demanded that all outlets of Jawed Habib in Indore should be closed with immediate effect. He also threatened that if administration failed to take action, his part workers would close Habib’s saloons.

According to information, Habib owns two saloons- one is at 56-Dukan and second is at Vijay Nagar locality- in Indore.

Notably, a police case is also registered against Habib in Uttar Pradesh.