We have seen the cops pulling out migrant workers from cement mixing trucks. We have seen cops churning out musical renditions to lift the morale of people in lockdown zones... but how many of us care about most of them who can't go home or meet their dear and near ones. Even if they "reach" home, they are dished out the lunch outside their house and they have it like an alien in order to keep their families safe.

But still the unsung heroes (Policemen) deployed as Corona warriors in the city are doing their duty with full vigor. Apart from Containment Zones, policemen posted at other checking points have been doing their duty for more than a month staying away from their families. Even a driver of Fast Response Vehicle (Dial 100) of Police, who is working with policemen, has not been able to meet his grandmother for more than 40 days. Incidentally, his grandmother lives in the city but he could not meet her for a long time. Also, a traffic policeman deployed in the city could not meet his pregnant wife for 2 months.

Policemen on duty need rest so that they can do their duty with promptness and for a longer duration time. However, senior officials said the policemen are being given leave from time to time so that they can rest well and perform their duties with full gusto.

At some places it was seen that on-duty policemen were fatigued. However, they are doing their duty with full sincerity. Especially on the city limits where they have to keep essential things like drinking water, mosquito cream etc with them. Even at night, the policemen can be seen at many checking points.

Deep Arjhare, driver of the FRV (Dial 100) of Chhoti Gwaltoli police station said that he lives with his 76-year-old maternal grandmother Swarnalata in Musakhedi area as his parents had passed away years ago. Swarnalata was an employee of the health department. She took care of Deep in the absence of his parents. Due to the lockdown, he has not been home for more than 40 days and has not met his granny.

It is noteworthy that recently, Deep had boosted the morale of policemen through a poem on wireless set after which Chhoti Gwaltoli Thana In charge met his grandmother and showed his video to her which made her so elated. Constable Sohan Singh of Chhoti Gwaltoli police station is also staying away from his family for a long time. He is staying in a hotel in Chhoti Gwaltoli area for his duty.

Traffic constable Sumant Singh Kachhawa is performing his duties diligently like other policemen. Sumant has not met his pregnant wife for the last two months. After the lockdown, he dropped the wife at his village near Bagli (Dewas). Due to his duty, he was unable to take care of wife so he left her there.

MIG police station in-charge Indresh Tripathi said policemen deployed on the field are being given leave in fixed period of time. TI level officers are also being given off which allows them to take adequate rest. The duty of policemen at the containment zones is also being rotated.

Chhoti Gwalatoli TI DVS Nagar said the policemen are getting their food on time. They get their tiffin at the place where they are deployed or at police station. Policemen deployed in the Containment Zone are having their lunch and dinner after leaving the infected area. Also special attention is being given to their safety measures in which social organizations are also helping the police.

DIG Harinarayanachari Mishra said there is enough police force in the city which is ready to face any eventuality. There is no need to deploy other forces in the city in the present situation. 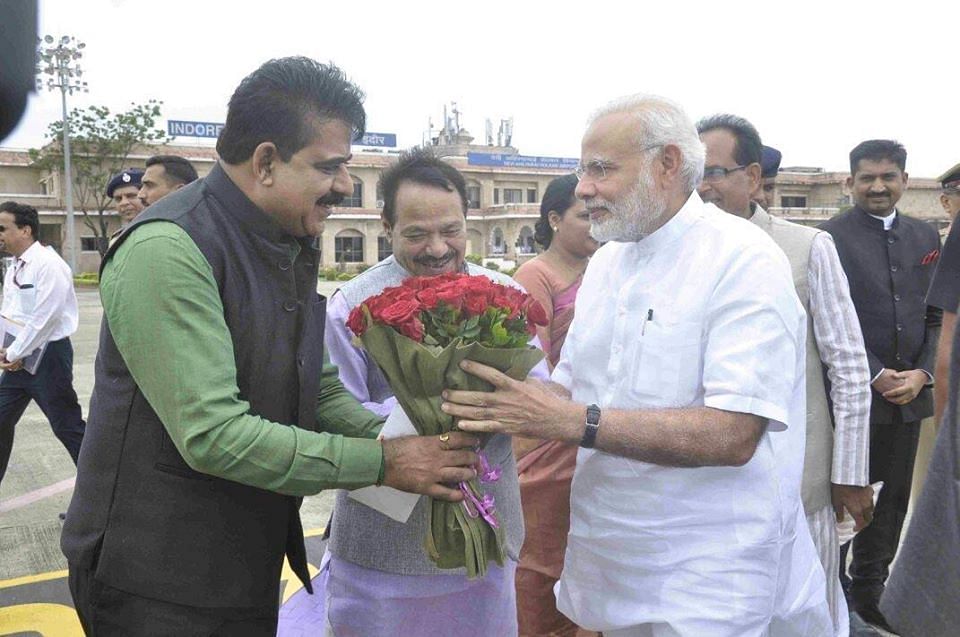