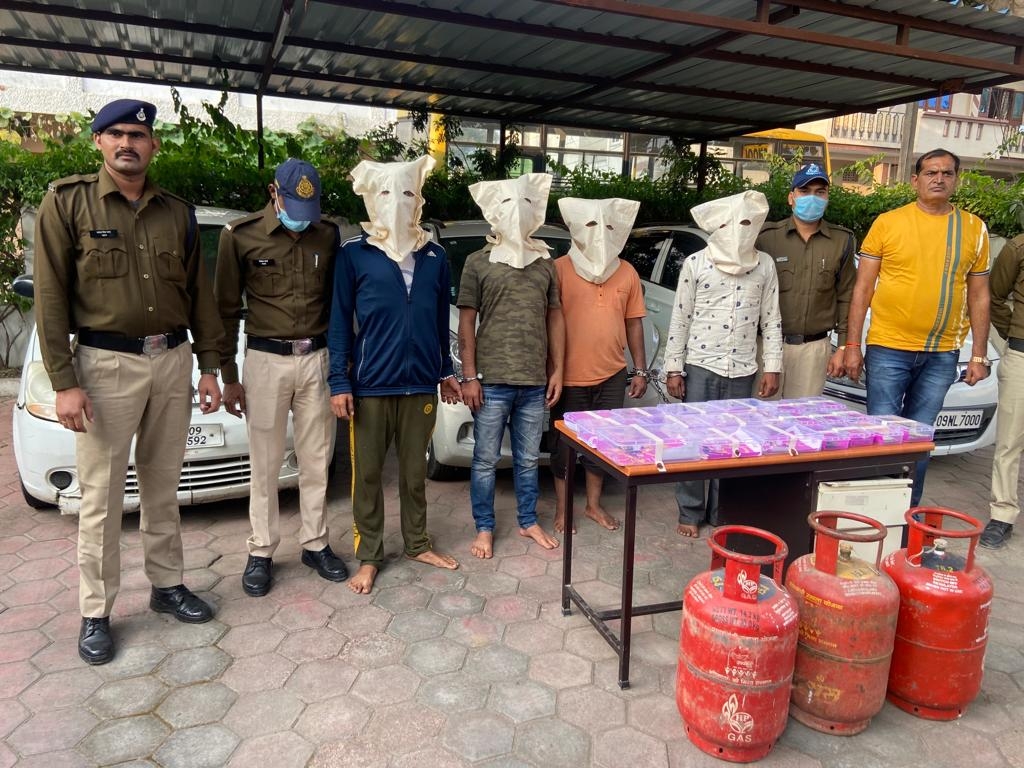 The arrested four have revealed the names and identity of their accomplices whom police have started searching to arrested and also to recover the looted items.

Police said that the accused were caught while they were smuggling illicit liquor in the city worth thousands of rupees.

The police have recovered gold and silver ornaments and valuables from the four accused worth Rs 8 lakh. Police also confiscated Rs 1,41,500 from the accused along with three gas cylinders and a car worth Rs 2 lakh which was used by the accused in several robberies.