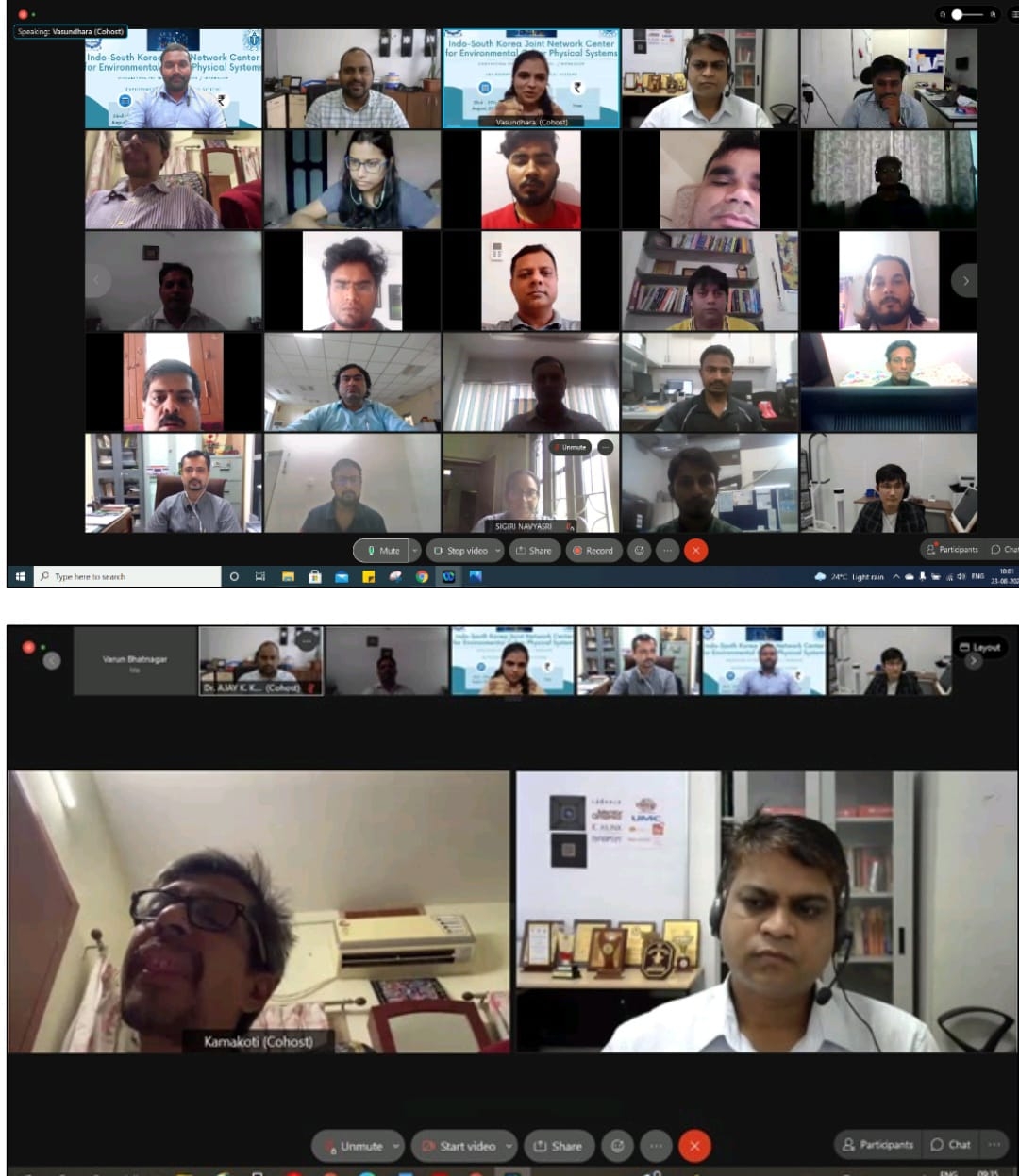 IIT Madras faculty member Prof V Kamakoti, who has been appointed as the Chairperson of Taskforce on Artificial Intelligence by Government of India, emphasized on the importance of E-CPS and the need of sustainable development in modern times.

The first day of the workshop began with a briefing about the JNC and associated partners by Dr. Santosh Kumar Vishvakarma followed by an address by Prof. Avinash Sonawane, Dean of International Affairs and Outreach of IIT Indore. The first interactive session was delivered by Dr. Sung Hun Jin, Professor from Incheon National University, Korea.

He discussed in depth about progress in Light-to-Frequency conversion circuits based on low dimensional semiconductors. Afternoon session began with an experimental demonstration by the team of Scientech Technologies headed by its Deputy CEP Mr. Uday Bhole. In the next session, Dr. Jai Gopal Pandey, Principal Scientist, CSIR-CEERI, Pilani shared some wonderful insights on resource-efficient hardware architectures. 2nd day began with an interactive session on reliability issues in VLSI circuits and systems by Dr. Ambika Prasad Shah, Assistant Professor at IIT Jammu. It was followed by a session by Dr. Taehui Na, Assistant Professor, INU South Korea on the topic of STT-MRAM and its sensing operation for pow-power IoT applications. An experimental demonstration on embedded design using RISC-V based FPGA was done by Dr. Jayaraj U Kidav, Scientist at NIELIT Calicut. The day ended with an interactive session on enabling CPS with emerging memory technologies by Dr. Bhupendra from IIITDM Kancheepuram. Indore: Only one Kharmor spotted so far in MP, fear that it might be abandoning state as breeding...