- Hunt on for accused

Indore (Madhya Pradesh): Police booked some employees of a dhaba in the Simrol area for thrashing half a dozen youths, following which one of them died. The police are investigating the case to identify the accused.

According to Simrol police station staff, the incident occurred at a dhaba in Choral on December 11. Dharmendra Chittodia, a resident of Dewas, informed police that he and his friends Deepak Pawar, Rahul Jat, Rohit Bais, Ashok Chouhan and Ravi Mukati had gone to visit a place on Khandwa Road. While returning, they had lunch at a dhaba in Choral.

When one of them was paying the bill, the person sitting at the counter misbehaved with him. When Deepak told him not to misbehave, the accused took a stick and attacked him. Later, other employees of the dhaba too joined him and thrashed all the youths. Somehow, they managed to flee from there and reached Dewas.

On Monday, Deepak's condition deteriorated. He was taken to a local hospital, where he died during treatment.

Subsequently, the local police in Dewas were informed about the incident. After that, a case under various sections including murder was registered against the accused, and a hunt is on for them. 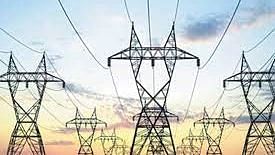