The prestigious Vidhayak football trophy will be inaugurated at Nehru Stadium on Sunday with an aim to encourage local players of area number 5. The All India Inter-Zonal Cricket tournament of Airports Authority of India (AAI) began here on Saturday. The tournament will conclude on March 17. Teams of North Zone, South Zone, Central Zone, West Zone, North East Zone and New Delhi are participating. Matches are played on a round robin league basis and the final will be held at Gymkhana Ground on March 17. The tournament was inaugurated by the Regional Executive Director Mumbai. On this occasion, Indore Airport Director Ramesh Kumar, Union Secretary of Indore Ram Swaroop Yadav and Sports Secretary Chaudhary were also present. MYCC defeated AKCA by 4 wickets to enter the next round of Sureshchabdra Lunawat Menorial under-18 cricket tournament played on Saturday. Batting first, AKCA scored 140 runs in 36 overs, in which Anvesh Chawla contributed 34 runs and Madhav Tiwari scored 33 runs. For MYCC, Siddharth Jonwal took 5 and Akshat Dwivedi bagged 2 wickets. In response, MYCC scored 143 runs in 32 overs losing 6 wickets and won the match by 4 wickets. Avi Pal contributed 61 runs while Naveen Chauhan made 45 runs. Madhav Tiwari took 4 wickets. The Man of the Match was given to Siddharth Jonwal. The first phase of Gwalior Stadium will be completed by the end of the year. IDCA will soon get land for cricket ground

IDCA is expected to get about 25 acres of land on the Super Corridor for its new cricket ground. It is said that the MPCA has been trying for sometimes to allot land to IDCA for the purpose.

This issue was raised in the AGM of MPCA held here at Brilliant Convention on Saturday. IDCA secretary Devashish Nilose raised the issue as the IDCA has been demanding land for cricket for a long time. Union Minister Jyotiraditya Scindia talked about giving field to Indore. President Abhilash Khandekar said: “We’re asking for land on Super Corridor from the IDA and they have been working for this for a long time. Now, we are hopeful of getting the land. I met Chavda, Chairman of the IDA in this regard and he also promised to make every effort to give us land. MPCA has prepared grounds by buying land in Rewa, Shahdol, Hoshangabad, Sagar but land has not been found in Indore yet. Khandekar also said we have set aside Rs 50 crore for the ground and we are ready to purchase land of 23 acres.”

The president said that the first phase of new stadium, which is under construction in Gwalior, is also expected to be ready by the end of this year. The budget for this stadium of 50,000 capacity has also been increased to Rs 200 crore. It has been increased keeping in mind the sponsorship and BCCI subsidy from outside also.

Indore’s international cricketer Avesh Khan was supposed to be honored by the MPCA but since he is in Bangalore for the BCCI camp, he could not make it. Avesh spoke to Scindia over a video call. Scindia told Avesh that he congratulated Avesh’s mother.

An award ceremony will be organized by the IDCA on Sunday. Chairman Sanjay Lunavat, Secretary Devashish Nilose, Treasurer Subodh Gupta said that the chief guest of the function will be Union Aviation Minister Jyotiraditya Scindia. BJP general secretary Kailash Vijayvargiya will preside over the function. Venkatesh Iyer, Avesh Khan, Sudhir Asnani, Amitabh Vijayvargiya and Raju Singh Chauhan will be honored in this felicitation ceremony to be held at Hoyal Sayaji. 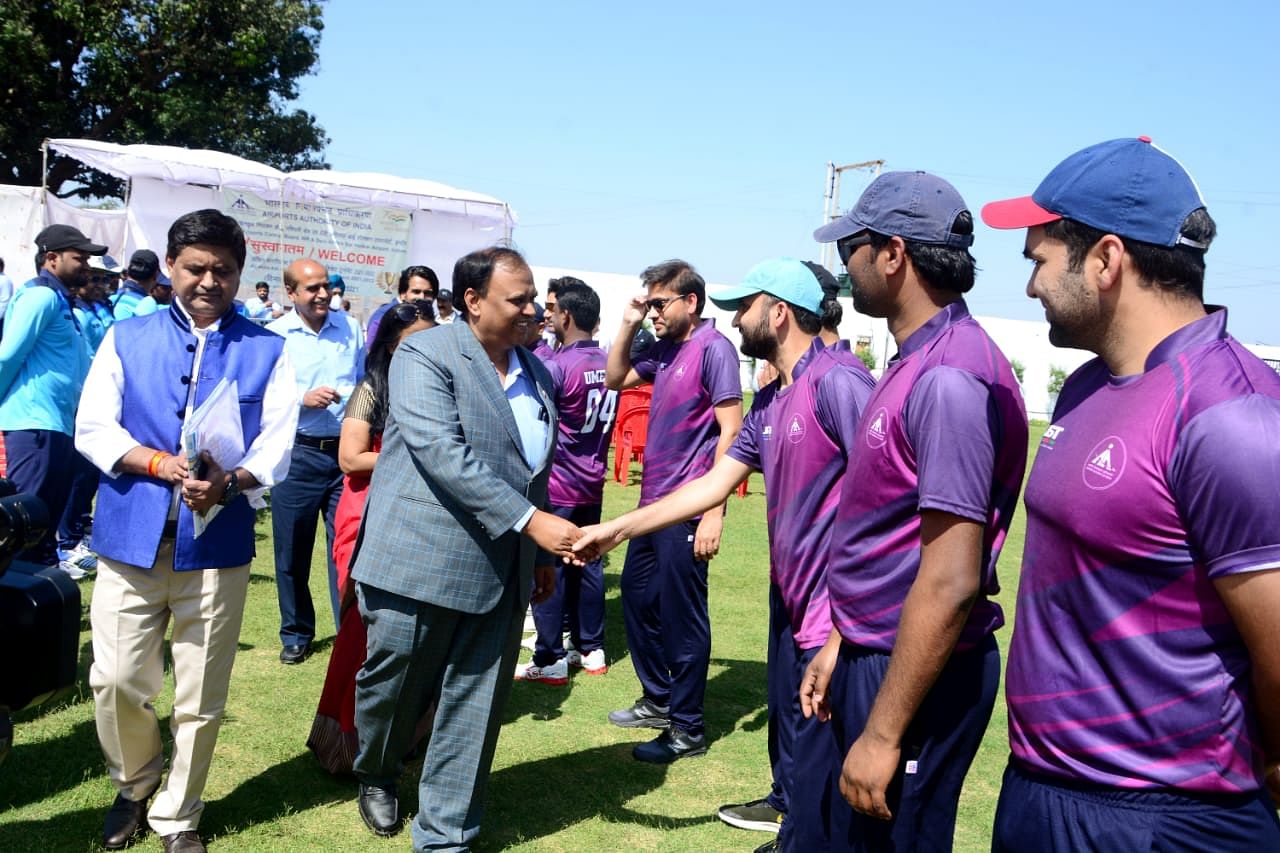