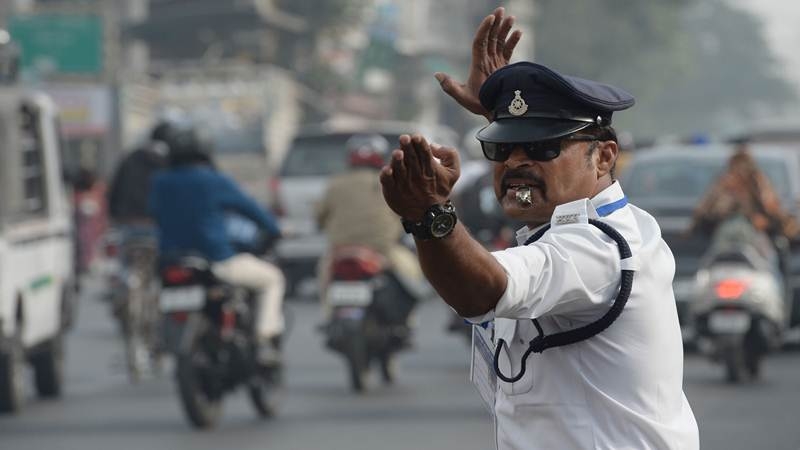 Indore: Collector Manish Singh has said a committee of all technical
officers is being formed to submit report suggesting ways to
streamline the pressure of traffic. The committee will
suggest on the opportunity to make central dividers, increase height of
speed breakers, repair works at Black Spot and other accident-prone
places.
Singh was addressing the meeting of District Road Safety
Committee and Traffic Committee, held at the Collector Office on
Friday. MP Shankar Lalwani presided over the meeting.
Talking about the committee Singh said that on the basis of this
report, work will be done for improvement and to improve traffic. It
was decided in the meeting that a decision should be taken after
discussing with the concerned trade organizations for entry of
transport vehicles in the city at places like Transport Nagar, Anaj
Mandi, Loha Mandi, Panchkuiya etc. Instructions were given to the
officers in the meeting that they should submit their report after
selecting the appropriate place for parking of the vehicles outside
the city.

Left turn at Bhanwanrkuan And Naulakha to be widened

It was decided that left turn of Bhanwarkua
intersection and Naulakha intersection should be widened. The height
of the divider should be increased from Rajiv Gandhi Square to Rau
Square. Work should be done to make centre dividers from Ruchi Soya to
Bypass. To prevent accident in Bherughat, speed of vehicles should be
controlled by making rumble street and speed breaker. In the city, it
should be ensured that e-auto rickshaws follow the prescribed route.
Route and permission to be displayed in e-auto rickshaws. It was
decided in the meeting that a signal should be established at Tirahe
on Silicon City. Instructions were given in the meeting that sand
trucks should stand at their designated places. Action should be taken
against them while standing at other places. It was decided in the
meeting that the meeting of this committee will now be held every
month.

MP Lalwani said that the need of the hour is to reduce the
traffic pressure in the city. Officials of the departments connected
with road construction should pay special attention to increasing the
height of the central divider, making dividers at new places and speed
breakers as per the requirement. Extend left turn as required. Remove
obstructive encroachments. He said that it should be decided that now
the idols of great men etc. should not be installed at the middle
intersection, rather new statues should be installed at the
appropriate places on the edges of the intersections.

IMC Commissioner Pratibha Pal, Superintendent of Police Suraj Verma
and officers of other related departments were present in the meeting.