The bus was being run even after the fitness certificate expiry. The bus owner and the driver have been booked by police. 2 deceased could not be identified till this report was filed.

Indore (Madhya Pradesh): Regarding the bus accident at Baighat, in Choral, under Simrol police station jurisdiction, the police have come to know that the bus went out of control while overtaking a mini-truck and fell into a 30-foot-deep gorge. In the accident, 5 passengers died and more than 40 people were injured. Many people from Chhattisgarh are also among those injured.

Simrol police registered a case against bus owner Gourav Sonkar, a resident of the Luniapura area of the city, and the bus driver under various sections of the IPC on a complaint by RTO Jitendra Raghuwanshi. The RTO stated in the complaint that he, along with his subordinates, reached the spot soon after receiving information about the accident. After rescuing the injured people, the officer spoke to them. The injured people informed the officials that the bus was being driven at a high speed due to which the accident happened.

The registration number of the bus is MP-09-FA-3676 and the permit was issued to the bus for Indore-Burhanpur for March 1, 2021, to February 28, 2026. The fitness of the bus expired on June 16, 2022, so the police have registered a case against the bus owner as the bus was being run even after the fitness expired.

After hitting mini-truck, the bus fell into gorge

Injured woman named Manju said the bus was taking the passengers to Burhanpur from Indore. The driver was driving the bus recklessly. He was listening to songs loudly. While overtaking a mini-truck, the driver lost control and it hit the mini-truck and later rolled down the gorge. Another injured, Seema, travelling to Burhanpur, was also injured; fortunately, her three-month-old baby was safe. All the injured persons are undergoing treatment at MY hospital where tourism minister Usha Thakur, water resources minister Tulsi Silawat, divisional commissioner Pawan Sharma, I-G (Rural) Rakesh Gupta, district collector Manish Singh and other officials to know the arrangements done for the treatment of those injured. Collector Singh said more than 15 ambulances were sent to the spot to rescue the injured people. 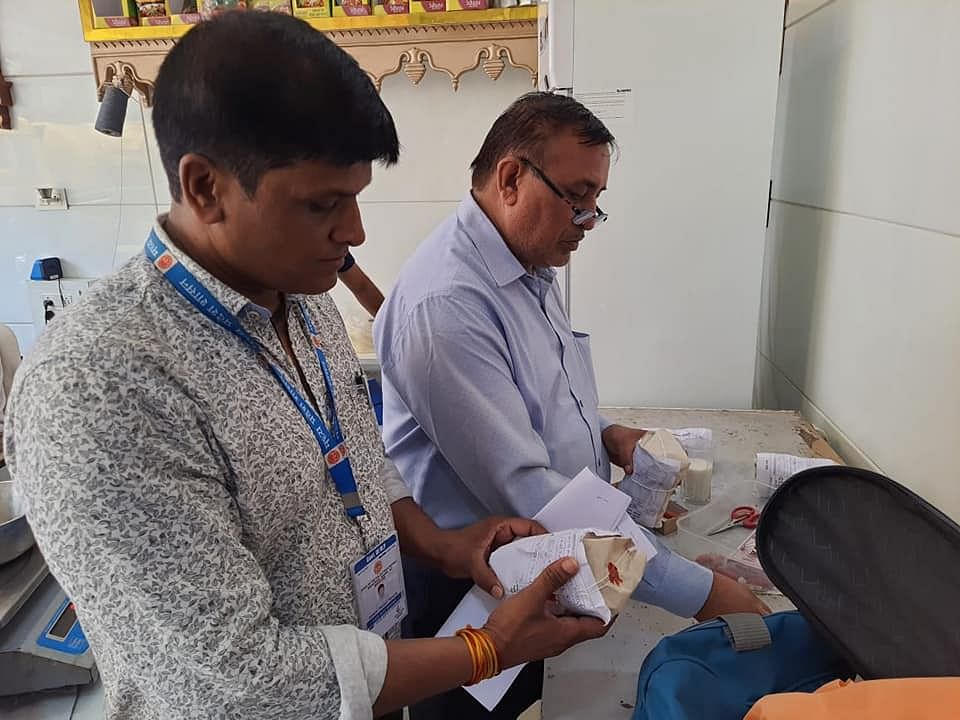