Indore: After two months, DAVV opens its gate but for sanitization

A worker cleaning conference table at EMRC on Wednesday |

After a gap of over two months, Devi Ahilya Vishwavidyalaya (DAVV) opened the gates of its teaching departments on Wednesday. However, the departments have been opened only for cleaning and sanitization purposes.

DAVV media in charge stated that the departments will be opened for staff and students after new guidelines come for universities and colleges after May 31.

Primarily the departments will be opened for staff. “Students will be allowed to enter campus only after approval from the state government,” said Gupta.

Departments and universities were shut following the pandemic and government imposed lockdown on March 25.

On May 22, the university in a meeting had decided to open departments for cleaning and sanitisation purpose from May 26.

The orders were given verbally to heads of teaching departments that they would reach to their respective departments with cleaners and get the buildings clean. The orders fell on deaf ears as HoDs said that they don’t have anything in written from the university administration.

On May 27, registrar Anil Sharma issued orders but another dispute popped up as he did not mention the date from which the departments were to be opened.

However, still some heads reached their departments and got the building cleaning started.

Meanwhile, the university is also developing a mechanism wherein applications and complaints from students are accepted online.

The university wants to reduce chances of the direct interaction between employees and students on the RNT Marg campus where applications for academic documents and complaints were accepted.

“Instead of a physical window for accepting applications, there will be an online window soon,” Gupta said.

It is to be noted that non-teaching employees of DAVV had demanded Rs 50 lakh insurance cover against COVID-19 deaths. 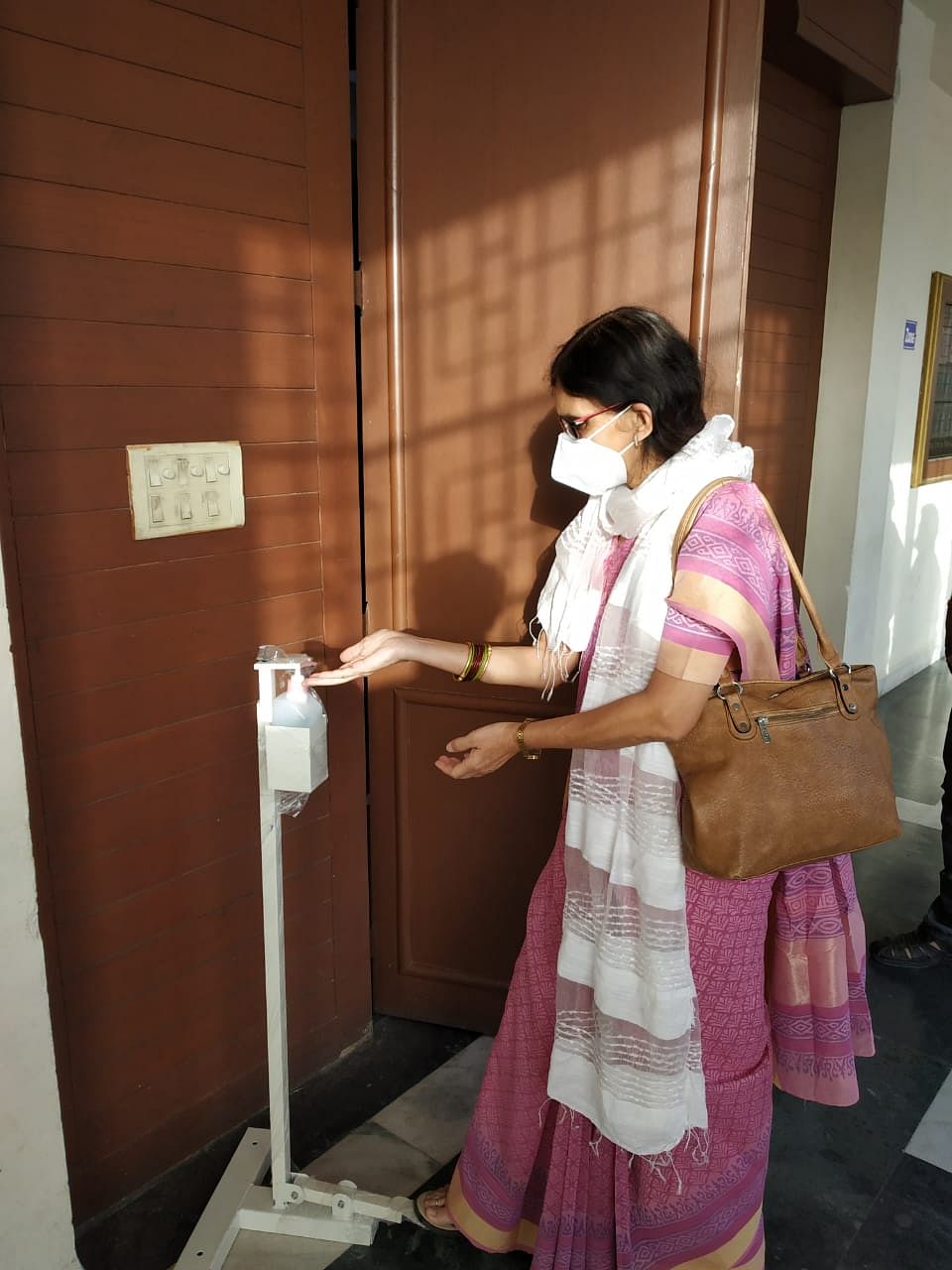 HomeIndoreIndore: After two months, DAVV opens its gate but for sanitization