According to an officer, information was received that some people were indulged in providing escort service through a website illegally in Bhanwarkuan area.

Indore (Madhya Pradesh): Crime Branch arrested eight people including the manager of a company for illegally providing escort service through the website, on Saturday. The accused were running the website from Pakistan.

According to an officer, information was received that some people were indulged in providing escort service through a website illegally in Bhanwarkuan area. After the information, the Crime Branch raided the building named Sairam Plaza in Bhanwarkuan area and caught eight people named Santosh Solanki, Pushpendra Thakur, Kundan Singh, Manendra Singh Patel, Pawan Goswami, Amey Mainde, Krishnapal Singh and Jitendra Jain from there. The accused used to put women’s photos and their contact numbers on the website to attract the people from abroad.

The Crime Branch officers found that the accused had created their links in foreign countries. They used to do transactions through dollars and bitcoins. The police have booked the accused under section 67, 67-A, 85 of IT Act and 292, 34 of the IPC. Further investigation is underway into the case. 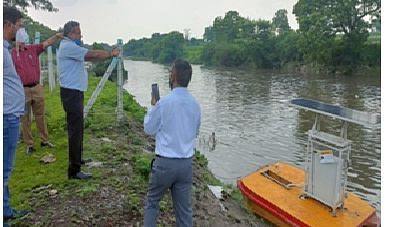