Doctors claimed that it was a rare tumour as such tumours were usually found in the ovary.
Staff Reporter 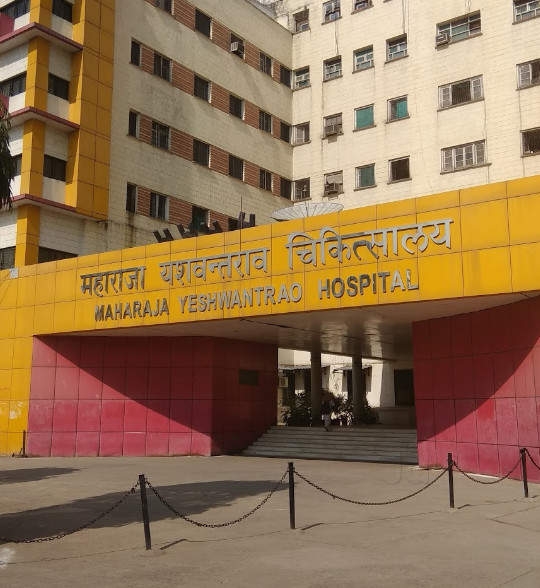 Indore: Doctors of Maharaja Yeshwantrao Hospital on Tuesday saved the life of a 42-year-old woman by removing a 7.5 kg tumour from her uterus. Doctors claimed that it was a rare tumour as such tumours were usually found in the ovary but this was in the uterus, thus affecting other vital organs, including the kidney.

According to HoD of gynaecology department Dr Nilesh Dalal said, “A 42-year-old woman, resident of Jhabua, was referred from the local hospital to MYH. She was having severe abdominal pain as well as a disturbed menstrual cycle. She had the problem for a long time but she ignored it till it turned worse.”

He said that after going through diagnoses including MRI, they found a huge tumour in her abdomen.

“The tumour was rare as it was huge and was in the uterus and it also had multiple lobes connected to the pelvic cavity, liver, intestine and other vital organs. Delay in removing the same might have proved fatal for the woman as she was in pressure pain,” Dr Dalal said.

Gynaecologist Dr Avinash Patwari said that the surgery was performed by Dr Dalal and was assisted by him along with Dr Deepa Joshi, Dr Pallavi, anaesthetist Dr Dheeraj and his team.

“The woman is stable now as she got relief from the pain but she will remain in observation for 10 days,” he added.