Rau police station-in-charge Narendra Singh Raghuwanshi said the deceased was identified as Ayan, a resident of Mhow. He was employed at a cycle shop in Rau.

Indore (Madhya Pradesh): A 16-year-old boy was swept away in a nullah during heavy rain in the Rau area on Tuesday afternoon. His body was recovered about 3 kilometres from the spot. The police have sent the body for an autopsy.

Rau police station-in-charge Narendra Singh Raghuwanshi said the deceased was identified as Ayan, a resident of Mhow. He was employed at a cycle shop in Rau. Preliminary investigations revealed that he was seen behind Panchal Electronics in Rau while he was trying to pick up a polythene bag in the nullah. He lost his balance and fell in the nullah during heavy rain. The nullah waters were at high spate due to which the boy drowned and was swept away.

A team of the SDRF, police and the municipality were searching for the boy and recovered him about three kilometres away. His body was found at Hasanji Nagar around 7 pm.

Raghuwanshi said the width of the nullah is about 2 feet but the water torrent was so strong due to heavy rain that the boy could not get climb of the nullah and was swept away with the flow. 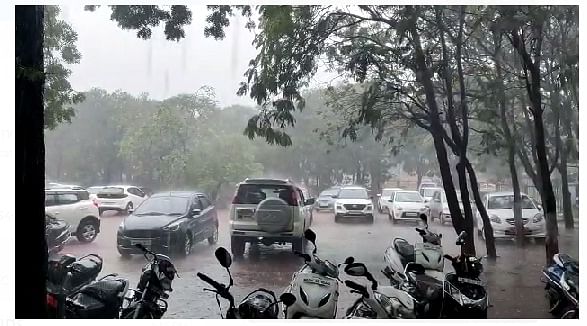